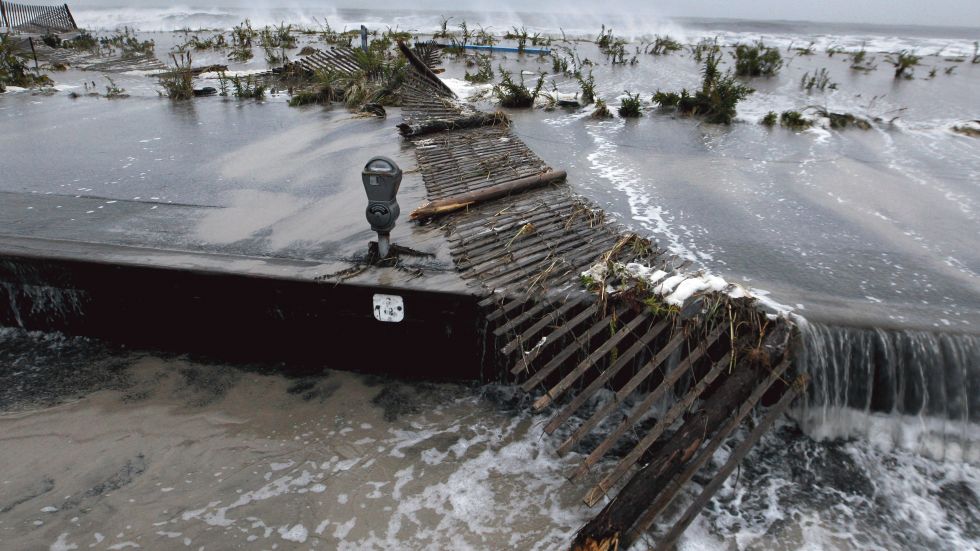 The eye of Hurricane Sandy should be making landfall on the southern coast of New Jersey by Noon NZDT.  Although current indications are that Sandy has already reached shore.

The historic storm will bring intense wind and/or rain to at least ¼ of the United States over the next several days.  But the impact of the extreme weather will be felt worldwide.

The New York Stock Exchange was closed Monday (US time) and is expected to be closed Tuesday as well.

Airlines around the world have cancelled flights in and out of northeaster and mid-Atlantic sections of the United States.  Simon Calder, travel editor of the UK’s “The Independent” newspaper says that this cost the airlines roughly $10 Million (USD) daily.

As of 10:00am NZDT (5:00pm US Eastern Time), nearly a 1 million people across 13 states were without power.  Included in that total is Washington, DC.  That number could go much higher and these power outages will likely last days, and possibly weeks.  That will likely to have an enormous impact on the US general election next Tuesday.

The latest information from the National Hurricane Center says that Sandy is still a hurricane.  As of 10:00am NZDT (5:00pm EDT), here’s the statistics:

Landfall is expected by 2pm NZDT.

While significant damage has already occured, much more damage is expected.  New York City Mayor Michael Bloomberg said during a press conference at 10:45am NZDT, “The worst is yet to come”.