RWC Final: Weather for Twickenham + NZ temps for when you wake up to watch! 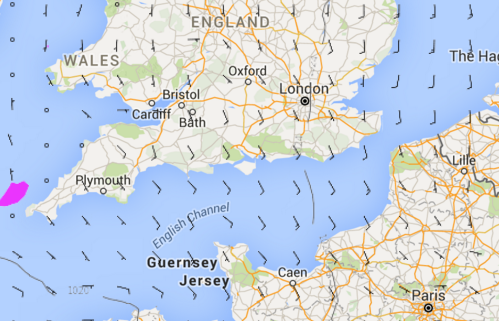 In London:  The forecast for the final of the Rugby World Cup in Twickenham tomorrow morning NZT is looking clear and cool.  After a wet past few days winds are now swinging around to the south (like NZ’s northerly) and a sunny day with a high of 17 degrees is on the way tomorrow.  Around kick off temperatures at the ground drop to around 13 degrees and may dip as low as 10 degrees towards the end of the match, with some dew on the ground developing.  Winds will be very light from the SE, drifting in across the English Channel from France.

In NZ:  Many New Zealanders will be waking up early on Sunday morning – so what temperatures will you be dealing with for the early start? Well, it may be a little cooler than it has been lately – perhaps making the early wake up just that tiny bit harder!   Below is the temperature map for NZ around 5am-6am from our friends at www.Weathermap.co.nz.  As you can see many parts of the country will be in the single digits (mostly between 5 and 9 degrees), but some inland areas may even get a light frost! (some did on Saturday AM!).   Conditions here in New Zealand warm up after the game is over as a large high crosses New Zealand bringing light winds and mostly dry skies. 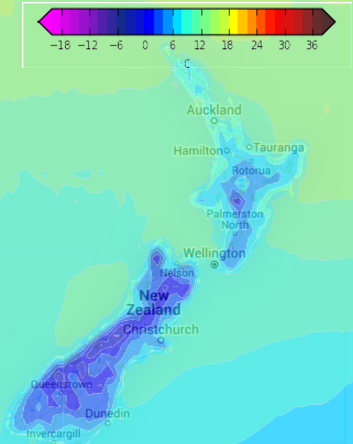 – Temp Map for when you wake up for the RWC Final on Sunday / Courtesy www.WeatherMap.co.nz & on our Maps tab.