Home > News > Russia: Watch this amazing footage of a ...

Russia: Watch this amazing footage of a meteor blazing across the sky (VIDEO) 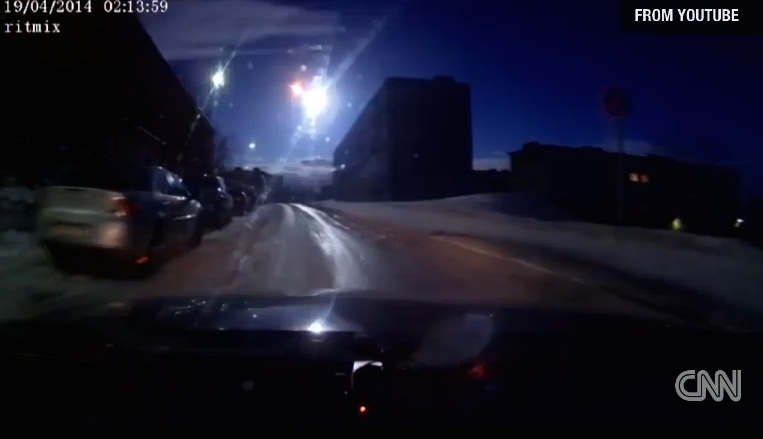 A Russian astronomer has said that a shimmering fireball that illuminated the night sky over the northern Murmansk region last week was “a very bright meteor.”

Having watched footage of the incident on YouTube, Sergei Smirnov, chief researcher at the Pulkovo Astronomical Observatory near St. Petersburg, couldn’t determine the exact altitude and trajectory of the fireball, but said that it was traveling “many tens of kilometers” above the ground.

Because the object’s flight “ended in combustion” and not in a collision with the Earth, it must be classified as a meteor, not a meteorite, Smirnov said, Interfax reported Monday.

It was spotted on a car’s dashboard camera at 2 a.m. on Friday, and its bright blue light was seen all across the Kola Peninsula.

Watch the footage below: