Home > News > Rough weather to ease overnight in the S...

Rough weather to ease overnight in the South Island 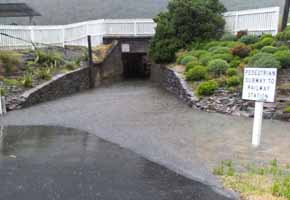 The torrential rain on the West Coast of the South Island will finally ease this evening as the front bringing the inclement weather moves north and weakens a little.

Early tomorrow morning this front will move onto the North Island and all in the west will feel its cooler presence arriving, apart from rain or showers conditions are likely to be relatively a lot calmer then they have in the South Island.

Later this evening or around midnight the southerly change moving up the east coast of the South Island will move into Christchurch bringing a period of rain, this should clear but there may be a rouge shower or two moving through Canterbury south of Banks Peninsula in the wee small hours.

Isolated showers are still likely south of Banks Peninsula tomorrow morning and early afternoon down through to coastal Otago, any of these showers could turn heavy and thundery with hail then clearing by late afternoon.

Friday through to Sunday is looking rather good around the country with mostly settled weather, come Monday a southwesterly airflow begins to strengthen which may progressively bring a chill to the air starting in the far south.