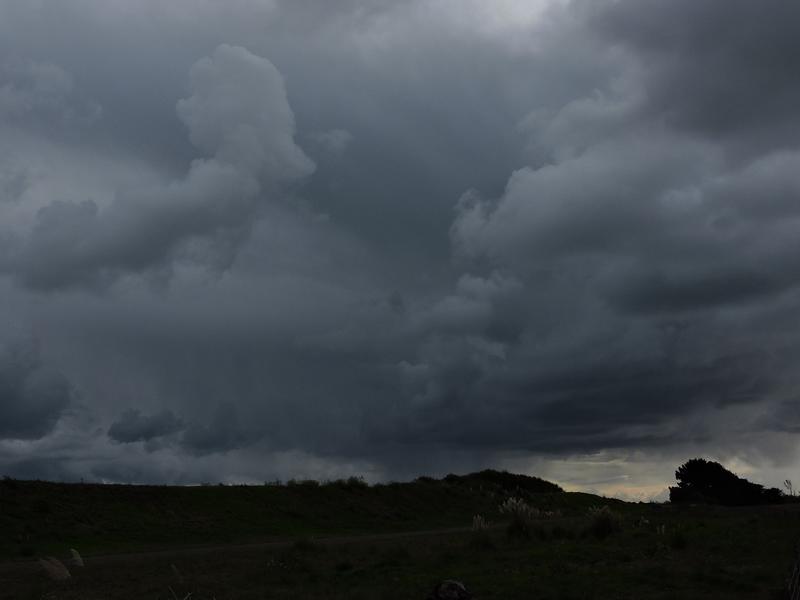 There are risks associated with rain and thunderstorms on Tuesday – in both islands.

Heavy falls are set for many western parts of New Zealand – mainly Nelson in the South Island, and then between northern Taranaki and Whakatane on East Cape – and everywhere north of that line.
Heavy falls and thunderstorms are both possibilities at times through the day.

The highest risk of thunderstorms exists for the Upper North Island, as well as northwestern parts of the South Island.
The thunderstorm risk for the upper North Island appears to hit Northland in the morning, move to the Auckland area around midday, before gradually moving south into the Central North Island and Bay Of Plenty by evening.
By that point, conditions will be weakening a bit, as the temperature drops and energy drains from the atmosphere.
Taranaki and Auckland both have a thunderstorm risk from midday onwards..

A low to moderate risk of thunderstorms appears about Greymouth northwards (including the Nelson region) this afternoon, before easing away in the evening.

In all my 40 years of farming and metservice warnings i dont think any have come true…….  i think when they give a warning they chase the rain a way hahaha we wouldnt have had half the droughts we have had if thier forcasts  had come true and yet these clowns try to predict el ninos!!!!!!!!!!!!