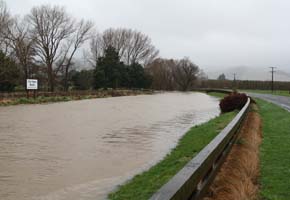 Flooding has caused the road to be closed to Akaroa near Little River this evening as of 3.30pm. There is also various slips on the Peninsula causing road closures and numerous warnings about Christchurch city itself due to flooding today.

The road closure is set to be reviewed at 10pm, check out http://maps.aa.co.nz/traffic/roadwatch/ for the latest info.

Rain is easing at present however Banks Peninsula is still receiving heavy rain in a southwesterly airflow, the rain should ease about Banks Peninsula later this evening or tonight as a low just east off the coast looses it’s oomph. Tomorrow is still going to remain relatively unsettled for most although it should be mild in the upper North Island.

Another band of rain possibly heavy looks like moving into Canterbury and parts of Otago tomorrow evening so it will be something to keep an eye on, at this stage amounts don’t look too bad however with the ground as saturated as it is it might not take much to cause further issues. 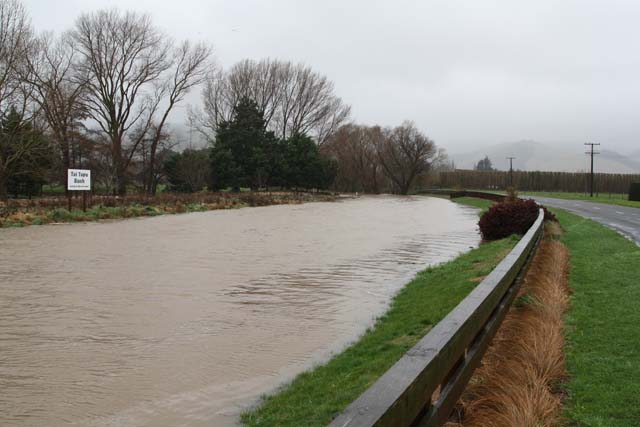