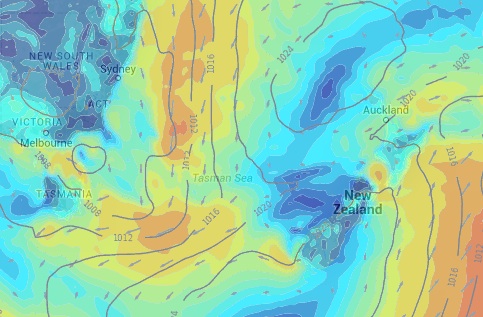 The weather risks for today aren’t particularly serious – comprised mostly of some strong easterly gusts in places and the possibility of fog at times.

The east coast of the island could get quite gusty in the afternoon, strong easterlies could even blow at gale strength in exposed coastal areas.
WeatherWatch.co.nz analyst Aaron Wilkinson says it will be more annoying than anything.
“The winds shouldn’t cause too many issues – they will be temperamental” he says.
“Those easterly winds can cause issues if they get much stronger though, and can cause more damage at times then a wind of the same strength coming from the northwest or south.”

This is because itâ€™s an unusual direction to get a strong to gale wind from – trees and plants donâ€™t cope as well.

There could be some low cloud or fog about the North Island in the morning – but then breaking away to become a fine afternoon.