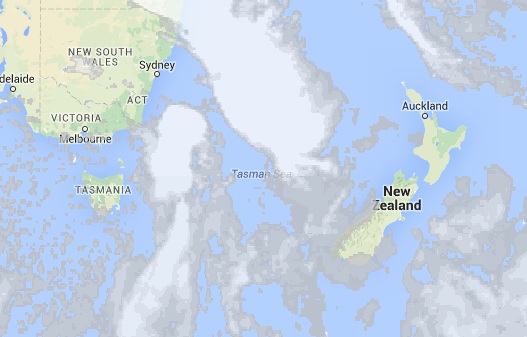 A west to northwesterly airflow is covering almost the entire country – which will bring rain to the North Island, but not much more than that, as we head into the last weekend before Christmas(!)

A front sliding over the northern half of the country will bring rain – possibly heavy later in the day about Northlanddown to Waikato.
This front could bring a rumble or two, but not much more than that – big storms aren’t looking likely in this instance.

That rain will move across and down the country overnight, affecting the Central North Island and Bay of Plenty, but probably not until dawn.

The rest of the North Island is looking fairly reasonable weather wise, as cloud increases in the west from afternoon then showers move in during the evening.
The East Coast is mostly sunny with light winds, and late cloud will move in.

Rain on the West Coast of the South Island looks heavy for most of the day from morning till evening, when it should ease.
This is something anyone spending a good chunk of time outdoors should keep an eye on – around rising river levels – but otherwise the Coast will handle it.

the east coast is mostly dry from Canterbury northwards, with breezy northwesterlies.
You can expect plenty of thick high cloud though, and temperatures will be warm.

Southland and Otago look mainly cloudy, with spells of rain or showers from morning, and light winds tending south to southwesterly in the afternoon.