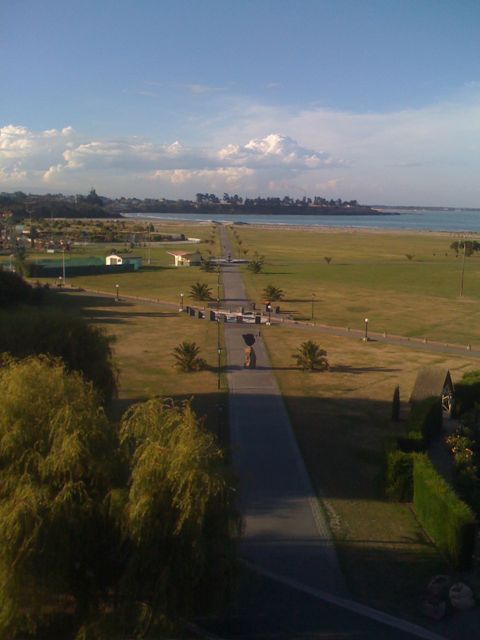 This morning we thought we’d take a look back earlier in the year when Timaru topped the 40 degree mark.
Many centres up and down the country recorded very high temperatures on Waitangi Day.

Timaru has broken the record for its hottest day ever, with the temperature hitting a scorching 40.3 degrees shortly before 4pm at the airport but the botanical gardens topped out at 41.3 degrees.

The extreme heat is connected to the same heatwave that saw Sydney climb to 42 degrees yesterday and then record the hottest night ever, according to WeatherWatch.co.nz.

Other centres to melt in the heat today were Christchurch, Alexandra, Ashburton and Oamaru, which all officially reached 36 degrees.

But the weather news authority says Timaru can expect to drop 20 degrees quite suddenly later this afternoon or early evening as a southerly continues to move through.

It proved too much for several elderly people, with a St John Ambulance spokesman saying they had attended several calls to people fainting from the heat.

Given all the events of this year, I imagine I’m not the only person who has forgotten that we had some really hot days back in February.  Mother Nature sure has been getting stroppy with us.

It’s interesting that the North Island should have warmer weather than in the South Island, but Dunedin would of had more hotter days than Auckland.