Rest of November may be bone dry 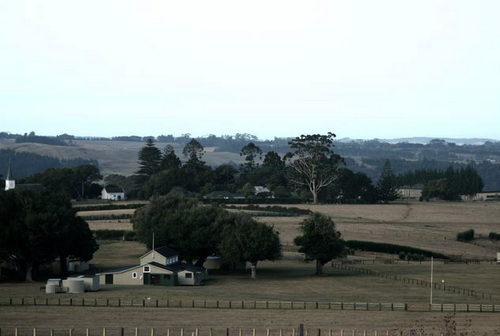 It’s not the news many will be wanting to hear but today WeatherWatch.co.nz confirmed their earlier predictions that the second half of November may remain bone dry for many regions.

Head weather analyst Philip Duncan says it’s due to large anticyclones that, put simply, just won’t quit.  “We are seeing one high after another rolling in from the west.  They are effectively killing any chances of rain making lows to form in the Tasman Sea or north of us”.

Mr Duncan says the tropics remains incredibly quiet at the moment too.  “These large highs are mainly focused over the North Island but extend well into the tropics.  Air pressure over New Caledonia and surrounding islands is quite high – any tropical development remains well north of Fiji”.

Mr Duncan says even if a tropical depression did form in the next week it could take another 10 to 14 days to reach New Zealand.  “Even then it can be very hard for a low from the north to directly hit New Zealand.  You just have to glance at a map to see that Northland and the upper North Island is very narrow – like a pin sticking out in the Pacific Ocean”.

Some rain is on the way over the next 48 hours however WeatherWatch.co.nz maintains that high air pressure over northern New Zealand will severely tear apart the frontal band.  “It will weaken significantly as it pushes north.  There may be some isolated healthy rainfall top ups but many in the driest areas will see less than 10mm I’d say”.

But there is a silver lining on the dwindling rain clouds – NIWA says that the summer outlook is for average to above average rainfall for northern New Zealand.

A dry period now does not necessarily mean a dry three months ahead.  However farmers and those on limited water supplies will most likely have a different opinion, with water conservation efforts already underway in some areas.

the moisture is getting sucked out of everything. We have very sandy soil here at South Head and any rain drains away real fast. Have had to buy a load of water and the tank is hovering at the half mark. Have no idea how the vege garden is surviving.

I can’t believe how dry it is here in Pukekohe. Our water tanks are almost empty. This happened last summer which was the driest for years. Doesn’t look like there’s any decent rain on the horizon either.

I’d say you’ll get heaps in the last week of November.