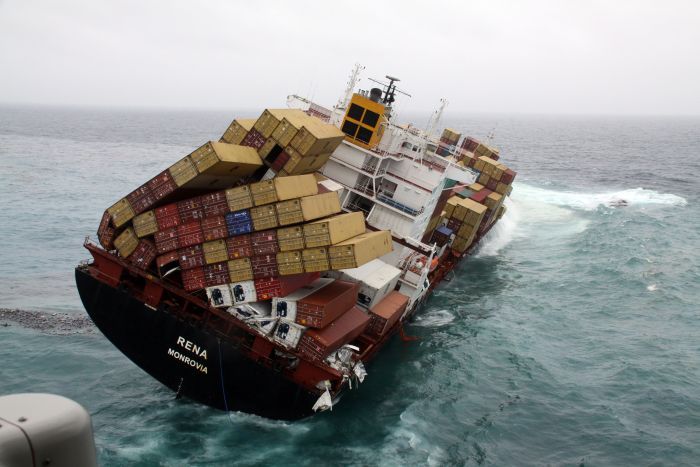 Conditions in the Bay of Plenty have eased compared to earlier in the week however a few showers are possbile today with westerly winds increasing from time to time.

Yesterday there was an improvement overhead and skies were clearing with the north easterly swell easing.

This weekend westerlies are expected to continue however they shouldn’t be overly strong with dry conditions likely tomorrow but one or 2 may pop up on overnight on Sunday.

Next week winds are expected to be mostly from the west or sou’ west however a turn to the north may take place as a front or 2 nears the region but these should be shortlived.

It’s hope that winds between south and west may help the situation, if swells also come in from that direction which could potentially move remaining oil offshore.

King tides are also due in the region in a couple of weeks time (about 2.2 metre tides) which could help refloat the ship if needed but time is running out for Rena as the she may have broken up by then.