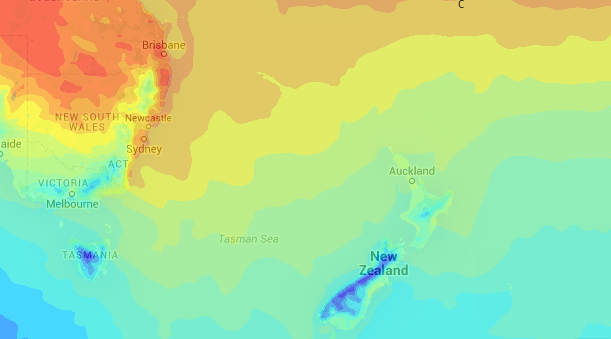 It seems like we’ve headlined this several times already this year but yet again parts of New Zealand are looking likely to break temperature records, or at least give them a decent challenge, as yet another warm northerly quarter wind flow returns to New Zealand.

Like the other warmer than average events this year we have a similar culprit – a large high forecast to be off the North Isand’s east coast.  This placement, with the anticyclonic flow, scoops up sub-tropical air and pushes it down over northern areas over Friday.

But as we head into Saturday the air flow will be coming from Australia’s interior – and unlike last week and weekend it doesn’t need to track down to the Southern Ocean first, this time around we have a direct flight from Aussie’s east coast to New Zealand over the Tasman Sea.

Both Friday and Saturday look warm in the afternoons in many centres and regions for late July – typically the very coldest time of the year from now until about August’s second week.

So with that in mind, look at the Australian-like temperatures we have across some parts of New Zealand this Saturday (and remember some places are fairly warm on Friday)… warmest centres mostly in the North Island, but some in the east of the South Island. 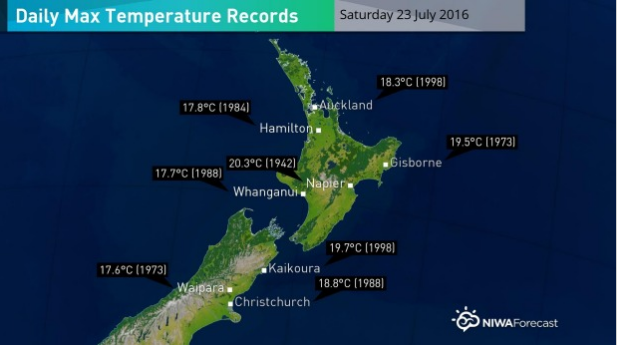