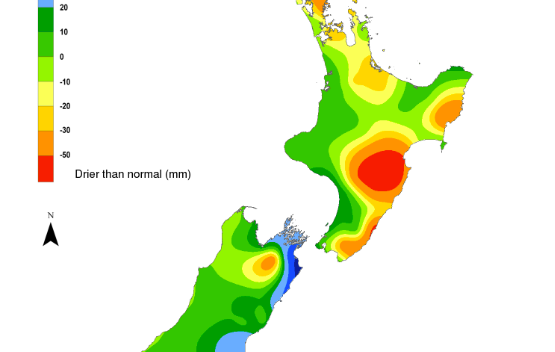 While annual rainfall is below where it should be, soil moisture levels are now slowly returning to normal across many parts of New Zealand.

As WeatherWatch.co.nz forecast way back in late March, the big dry this year would likely come to a gradual end as more and more showery weather came in – in other words, death by paper cuts for the drought.

But this slow approach to end the big dry means annual rainfall figures as we near the halfway point for 2019 are below normal, well below norml in some instances. In winter and early spring that isn’t a problem but in the drier months of late spring and next summer that lack of rain now will be sorely missed if it doesn’t make up for lost time. Farmers rely on rain falling now to get through the drier summer months ahead. If you’re not a farmer, a dry season can cost you more at the supermarket – so it affects all NZ’s both rural and urban.

Recent soil moisture levels show much of the country in the past week has returned to normal for the first time this year, but the Far North and some eastern areas are still tipping into the drier than normal category. 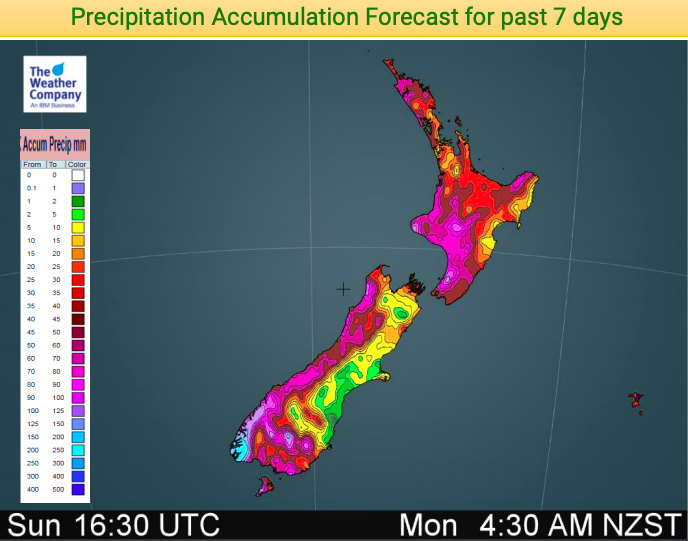 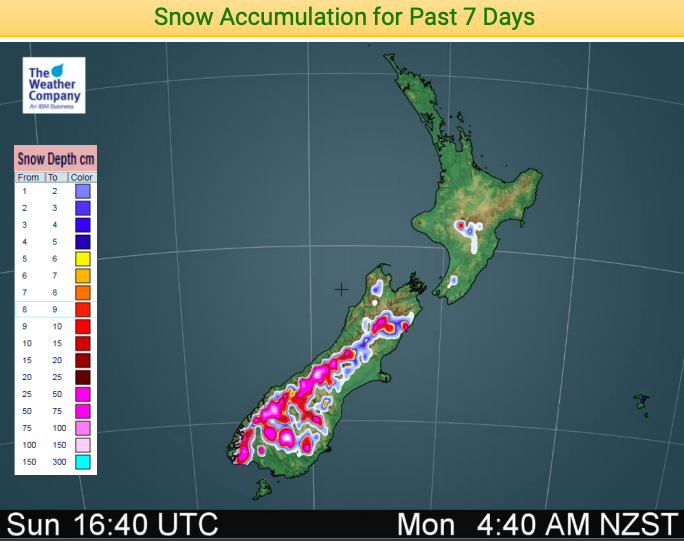 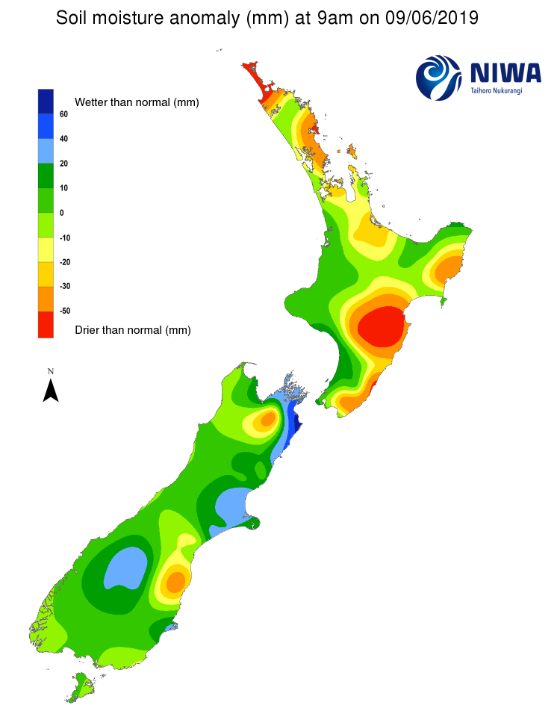 where in the south island

Um, everywhere except these two areas circled in red 🙂

you said most places looks near normal the north island has a long way to go and we having just 330 mils this year and our average is 1900 that’s a long way to go and the weather doesn’t seem to be in any hurry to make amends we are still waiting for a 100 mils plus month this year I have been farming 40 years and only when a month gets over a 100 mils plus in it does a dry spell rearly end as it has to make up for the lack off rain in the others….this year is disgusting records tumbling all over the place