Ranges in for it – Weather risks on Thursday 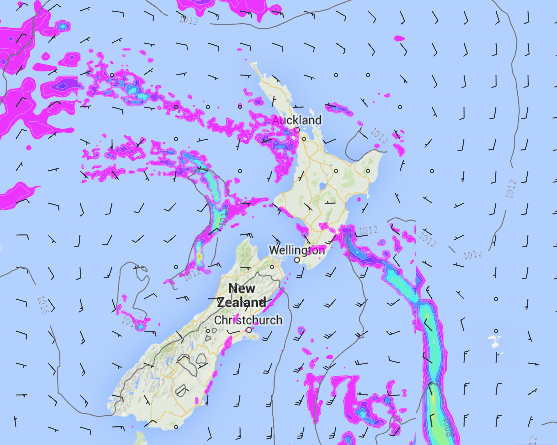 On the West Coast, it’s looking mostly sunny and dry until this afternoon, where a heavy shower could affect Greymouth – but mainly in the hils to the north.

Similar story in Marlborough and Nelson, where a sunny day could give way to a few afternoon showers – some of them heavy – but only in the inland ranges to the south of Nelson and Blenheim.

In the North Island, the east of the island and the Bay of Plenty are also looking at an afternoon heavy shower – but these too will be restricted to the inland ranges – other than that it’s clear sailing for most!