RainWatch – What’s on the way 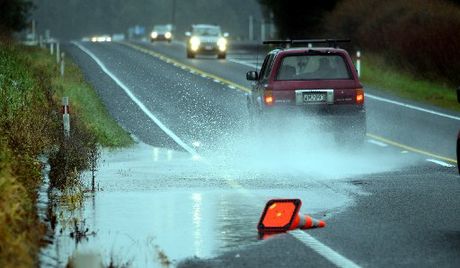 Today is the final mostly dry day for what appears to be an unsettled week with periods of rain or showers set to pepper parts of the country.

Two lows with one of a subtropical origin seem to have belts of rain, with possible heavy falls in isolated areas and also strong winds tied up in them with the first one predominantly northerly but the next one’s main feature is the cold southerly behind it.

The second depression now looks a little patchy in terms of rain but still longer lasting than the first one due to hit the upper North Island during Monday.

High cloud is moving across parts of the Far North today and this is the first sign of the subtropical low advancing towards us.

The rain should move down across Northland tomorrow morning and then the Auckland province tomorrow afternoon.

The rest of the country should see the moisture during Tuesday as the system takes its time to cover much of the nation however the lower South Island will see the least of the rain with most of it patchy.

Later in the week another low is set to swoop in just in time for the first weekend of the school holidays.
At the moment this is the more shallow of the two and the rain isn’t perhaps so widespread however it may linger about with patchy rain or showers across many regions.

Even though disturbances will make it a changeable week sunshine can’t be discounted either and plenty of dry and sunny spells are also anticipated.