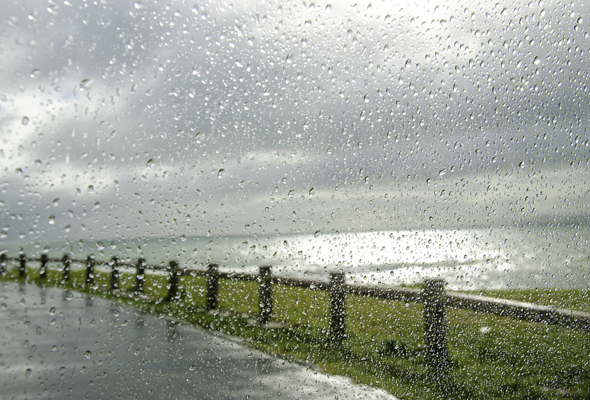 More rain was produced for the middle parts of the country from this rain event this week and is there any likelihood of it happening again anytime soon? The simple answer is it’s unlikely.

Many of ths showers over the North Island that fell overnight and this morning are expected to dry up as a ridge of high pressure takes centre stage.

The remainder of March could see a few showers scattered from place to place however not a lot seems to saturate very many areas.

Western and southern areas of the South Island appear to see a frontal system roll over the island towards the end of the weekend and early next week where some rain could be more than a possibility.
An anticyclone though is hot on the heels of it and expected to hang over us for a few days.

For most populated areas across the country it seems to be mainly dry for the next week with ample sunshine and the chance of a shower or two in the mix.

The Easter break continues to look largely dry with just parts of the West Coast of the South Island seeing some rain or bursts of showers.

The first week of April looks like showing more potential for rainy spells however a prolonged wet spell isn’t anticipated at this point.

“It’s great to see parts of central New Zealand benefitting so well over the last couple of days” says WeatherWatch Analyst Richard Green.”We might not see something like this in the short term which is hard on some northern and southern regions that didn’t see decent amounts of rain”.

WeatherWatch believes the month of April sees a further change to the weather pattern however the drought conditions should gradually ease rather than be broken by a widespread heavy rain event.