Home > News > RainWatch – Weekend and beyond... 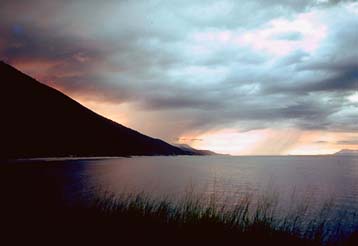 As we mentioned earlier skies are darkening for parts of the country today and by this afternoon or tonight the first signs will be fully on board with showers or some rain with the risk of thunder across northern and western regions from Northland down to the Manawatu.

Most of the country is set to wake up tomorrow to cloudy skies with rain varying from light and patchy to persistent and possibly heavy. The very top and bottom of the country might see the driest conditions overall to start with.

The low responsible for all this is going to be about for much of the weekend and also join forces with another disturbance currently over the west of the Tasman sea.

A couple of dual lows show potential for reasonable rainfall totals over the next two to three days.
Sunday morning appears to be on track for the wettest stage of the weekend at this point.

“It’s a messy looking picture with a couple of lows and a high poushing in below the country but good news for those dry areas needing rain. This time the rain actually looks more than promising than previous occasions but I think recently we’ve learnt that we won’t believe until it hits the ground after so many false starts” says weather analyst Richard Green.

Next week the low continues to churn away in or over the southwest of the nation with further rain to the top of it across northern and central areas.
Tuesday and Wednesday sees further rain or showers over most districts but as the low slides away increasing dry spells are likely during Thursday and Friday.
Anzac Day looks largely dry with just a smattering of some showers for the dawn service.

Next weekend a high settles in delivering considerable sunshine however early the following week looks very wet for the West Coast for a few days under strong nor’ west conditions but dry, warm and breezy skies in eastern districts are likely at this point.