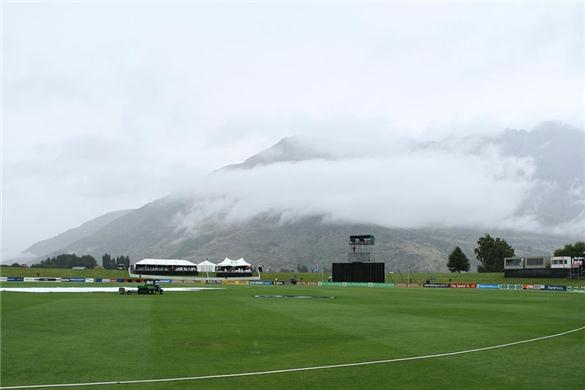 The topsy turvy nature of the long Easter weekend continues and changeable conditions are still likely however apart from the West Coast of the South Island, patchy showers might be the only outcome for many areas.

We’re not holding our breath here at WeatherWatch for steady or a widespread rain event which we’ve mentioned over the last week in regards to a drought breaker.The only consistent data for Easter on this occasion appears to be the West Coast with varying amounts of rain likely.

Beginning with today and some rain has fallen across the west of the Mainland and is set to continue tonight and tomorrow with lighter falls over Otago,Southland and even a few spits across Canterbury can’t be ruled out.

A few showers have continued for much of the weekend across parts of the Far North and Gisborne and it seems to roll into tomorrow. Parts of the Auckland region has a low risk of an isolated shower. The Bay of Plenty could also be in the mix.

Tomorrow rain is set to fall about parts of the west and south of the South Island with Nelson possibly seeing a little rain.Canterbury and Marlborough look likely to see thick high cloud with a couple of light falls here and there.

The North Island is mostly dry with again the exception of Gisborne mostly.

Tuesday dries out in most cases and the rest of the week remains largely dry but rain returns to the West Coast by Good Friday however most of New Zealand should see a dry start to the long weekend.

Apart from western and perhaps southern districts over the south, the rest of the country could see some showers but also these appear to be dotted and patchy along with long, sunny breaks expected.

The week following sees a dry start in many cases with the exception of a couple of showers here and there but as the end of the first week comes to an end there’s a hint a depression could drift across the country with the North Island being the recipient of rainy spells.

We’ll continue to watch this unfold with our daily RainWatch report.