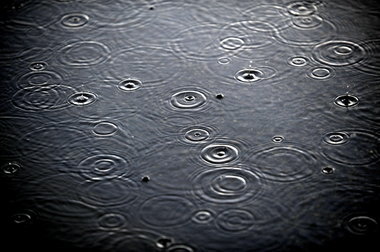 The much talked about rain or showers this weekend seem to be saving their best for last as it’s the end of the weekend that sees mainly the West Coast of the South island with the heaviest falls.

Other parts of the South Island should also see a band of rain by Sunday night particularly over the northern half of the island with pockets of showers over the central and lower regions of the North Island.

By the time Monday kicks into gear a colder south to southeast flow moves up the Mainland with rain or widespread showers developing in eastern areas for a time.This will slowly move across parts of the North Island the following day or two with brief falls possible but it’s not looking so widespread.

“We mentioned it yesterday that it appears more of a South Island event” says Weather Analyst Richard Green “But it’s not that the north will miss out entirely but just a little more patcy and perhaps more in the form of showers” he says.

Eyes are still on the end of the month where it appears atropical storm(former cyclone yet to be officially announced at this stage) could bring more relief than what is coming this weekend.

A fortnight from now the latest model run suggests widespread rain for much of the country with high winds in places.

“We’ve been teased about rain makers before in recent times” says Mr Green “however we’re hoping this one delivers as it’s been in the picture now for the last few days”.

Next week colder temperatures are expected over southern areas as the southerly whips up and nights will also be noticeably cooler as a taste of a real Autumn is expected.

Who damn well cares, rain is rain . . . . we will take whatever we can get at the moment.

Whether it’s a trace or 100mm we’re with you on that one!

A fortnight is a long way off and the models will surely chop and change between now and then to add more frustration to the forecasting process.

You’re right there and it’s a bit of a challenge. Let’s hope decent rain falls to help the situation.

A fortnight from now is good friday 🙂