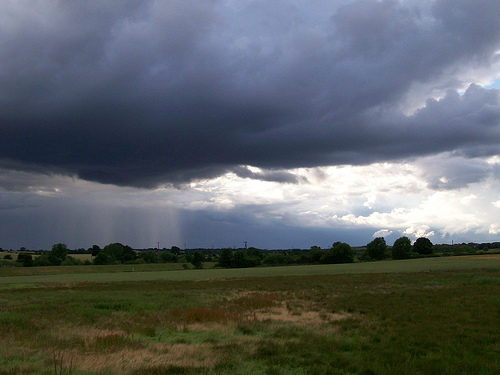 Today does look likely to be the wettest day overall nationwide and by tomorrow conditions should be improving on the whole however eastern North island districts shoudl see the wet southerly continue to do its thing.

With the clearance frosts look set to form across a number of central and southern areas either tonight or tomorrow night in sheltered areas away from the southerly.

Midweek we are watching a relatively small disturbance centred north of an anticyclone that could come ashore and tackle the upper North Island later on Wednesday and across Thursday, delivering showery skies potentially.
Meanwhile the south doesn’t appear to be in the clear as a front is set to advance but breaking up as it does so.
It could still deliver cloudy skies with showers or rain for southern and central areas during Thursday or Friday morning and then the remainder of the North Island on Friday but continuing to weaken.

The weekend should see an anticyclone dominating the situation with sunny skies for most areas and just the risk of a shower or two across the Far North in an easterly flow.
The weather is looking dry and bright for most Mums across the country this coming Sunday for Mother’s Day.

Briefly to next week and Monday and Tuesday could kick off with a blustery sou’ west flow and showers over eastern and southern regions of the country before it tilts more westsouthwest mid week with showers appearing on opposite coasts and drying up elsewhere.

The following weekend is likely to see a depression moving across us with rain or showers for most areas by the end of the weekend before another high swoops in from the Tasman sea.