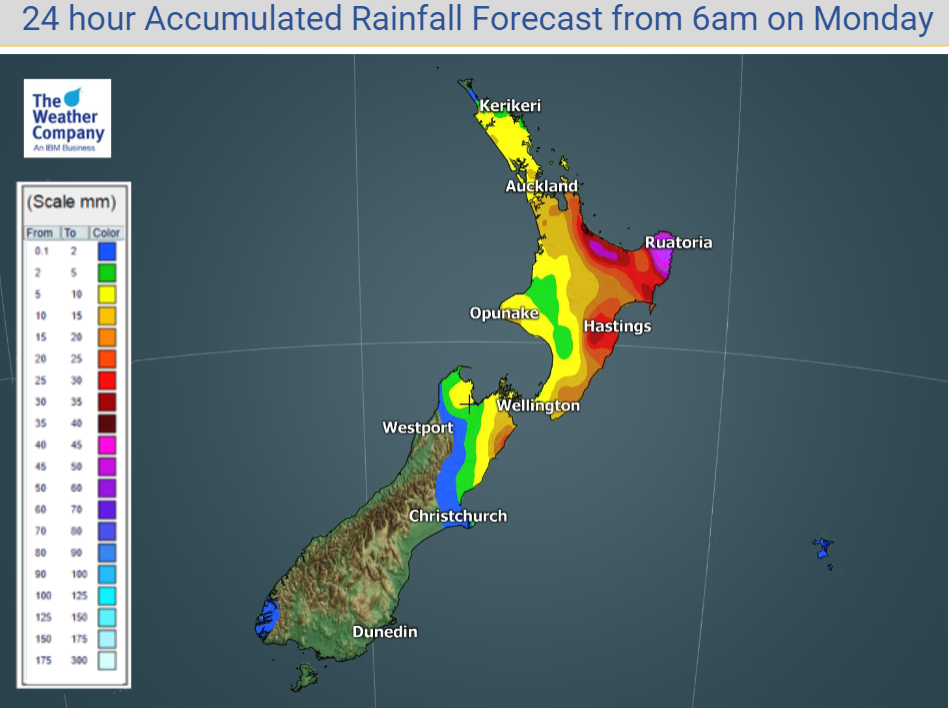 North Islanders desperate for rain for months have finally had their wishes answered over the weekend.

It’s still not enough to make up for all the weeks and weeks of dry weather so far this year, but it’s a good start.

Queen’s Birthday Monday continues to be wet, or very wet, for many in the north and east of the North Island, with some thundery showers or even full-blown thunderstorms possible in places.

That mild east to northeasterly flow squished between a depression over Northland and an intense anticyclone near the Chatham Islands is expected to bring another 20mm to 30mm for Auckland and parts of the Waikato by 6am on Tuesday.

Lighter falls, with totals of about 5mm to 10mm, are likely down the western side of the North Island, including Wellington, and in the far north.

However, heavy rain is predicted at times today for the northeast corner of the island, which is especially exposed to the windflow.

Parts of the Bay of Plenty, and the far northeast in the hills between East Cape and about Ruatoria, could have as much as 50mm to 60mm by 6am on Tuesday.

There’s also some rain for northern and eastern parts of the South Island, north of Christchurch, as the rainband moves southwards and just clips the coast this afternoon and evening.

Between Kaikoura and Cape Campbell, there could be as much as 20mm by Tuesday morning. However, totals drop the further west and south you go from there, with Christchurch only looking at 1mm-2mm tonight.

Finally, the far southwest of Fiordland will pick up a few drizzly showers later in the day or tonight in a northwesterly flow there.