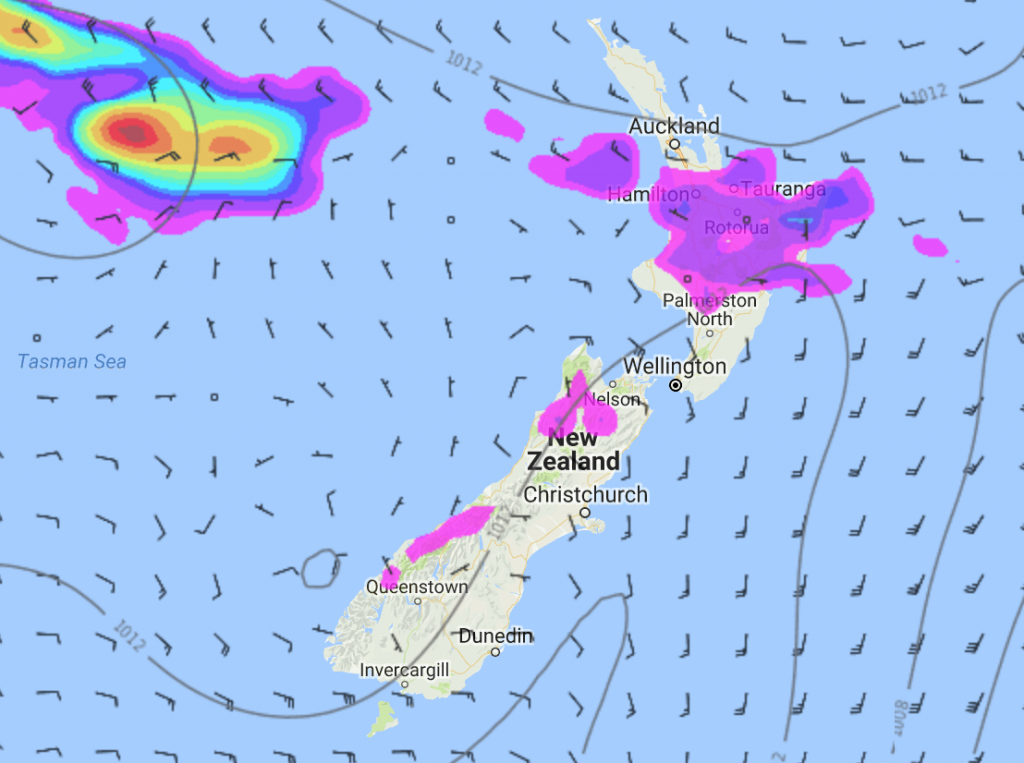 We start up our RainWatch series from today for the next three weeks during the weekdays, giving a brief snapshot about where around New Zealand areas of precipitation may affect your day.

A front weakens over the North Island today, meanwhile a cool southerly airflow over the South Island eases as a ridge pushes in from the west.

Expect patchy rain or showers Auckland southwards though to about Palmerston North for the North Island today. The morning is fairly dry about the Waikato, Bay Of Plenty and Auckland though. Auckalnd itself is quite 50/50 in the respect there may only be a brief shower from afternoon or it could even be fairly dry. The eastern North Island is mainly dry at first then late morning brings drizzle patches Hawkes Bay northwards. The Wairarapa drys out in the afternoon.