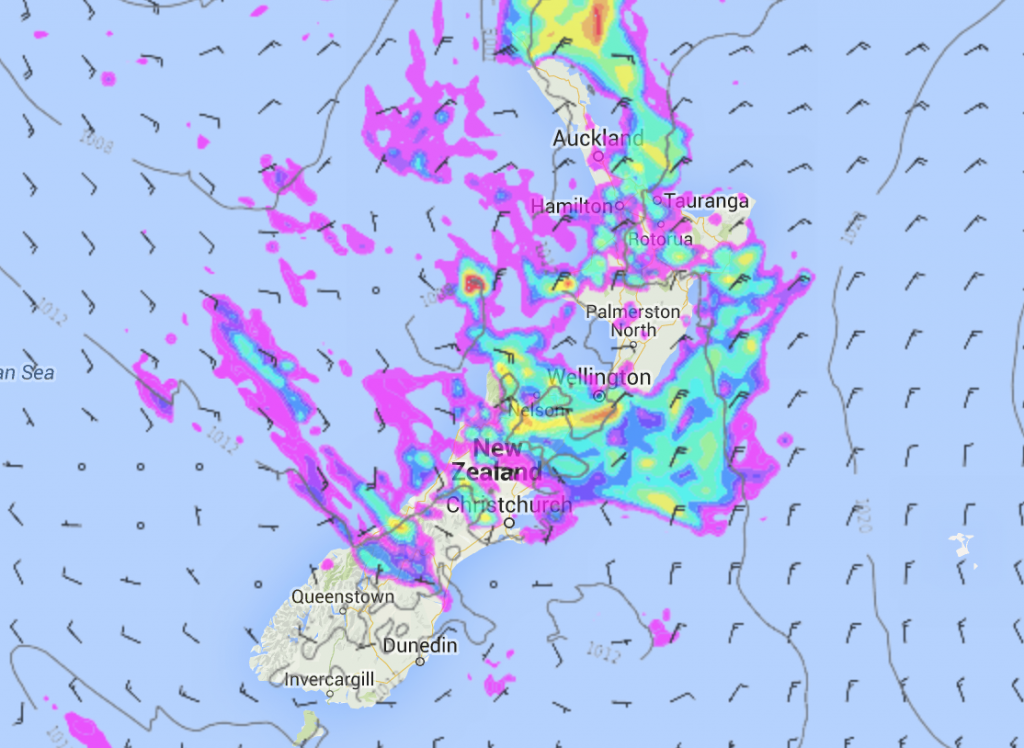 The front that brought heavy rain to upper parts of the North Island yesterday slides over the lower North Island this morning and onto the upper South Island. It won’t be as strong as it was on Friday but a few heavy falls are still possible.

So areas of rain or showers will affect much of the North Island today generally being more scattered in nature though with more dry spells in the mix. Eastern Northland, the Coromandel and Bay Of Plenty may still see a few heavy falls during the day. Rain with the chance of a few heavy falls about the Manawatu, Wairarapa and Wellington regions mostly easing this morning although rain may linger about Wellington a little longer then further north.

Nelson and Marlborough sees rain today, a chance of a few heavy falls about. Then as we slip further south along the West Coast and about Canterbury we do see a few areas of rain but at the same time some parts may remain dry, rain Greymouth northwards along the West Coast may be heavy at times.

Southland and Otago mainly dry till overnight a southwest front moves in bringing some rain to Southland.