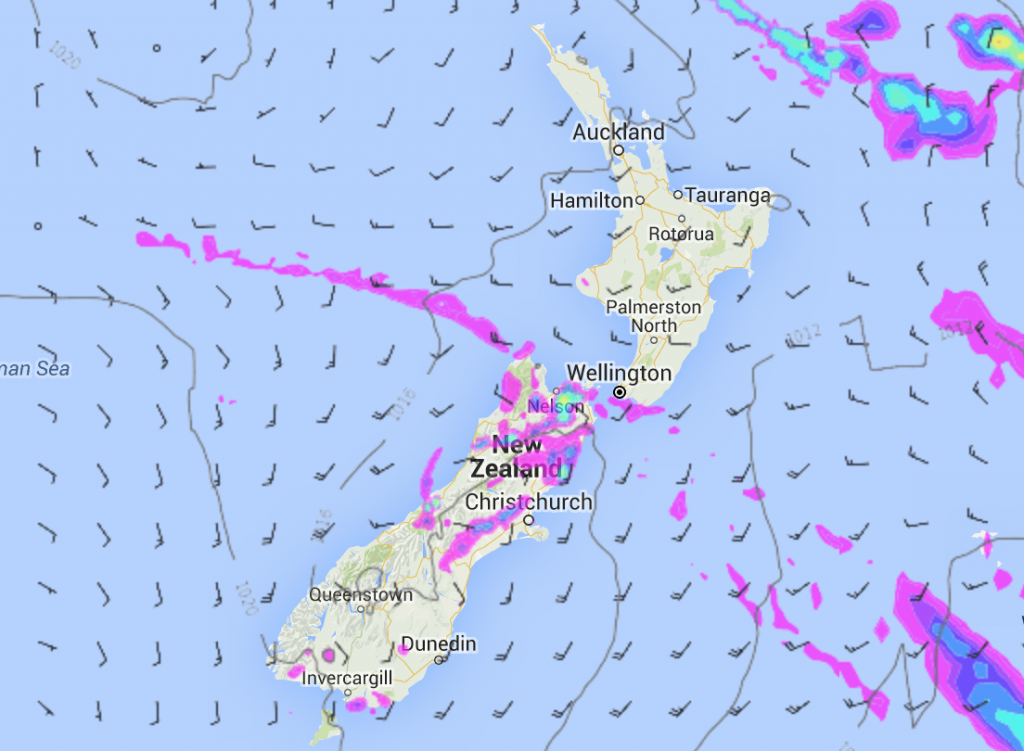 A front brings areas of rain to the South Island this morning mainly in the west and east, easing to showers fairly quickly. Showers mostly clearing the West Coast by midday but the odd shower or drizzle patch hangs around parts of the east coast not clearing till evening.

Nelson and Marlborough sees the odd patchy shower from afternoon then easing overnight.

The North Island is mainly dry today, just the chance of a shower about Wellington and up along the east coast late afternoon / evening.