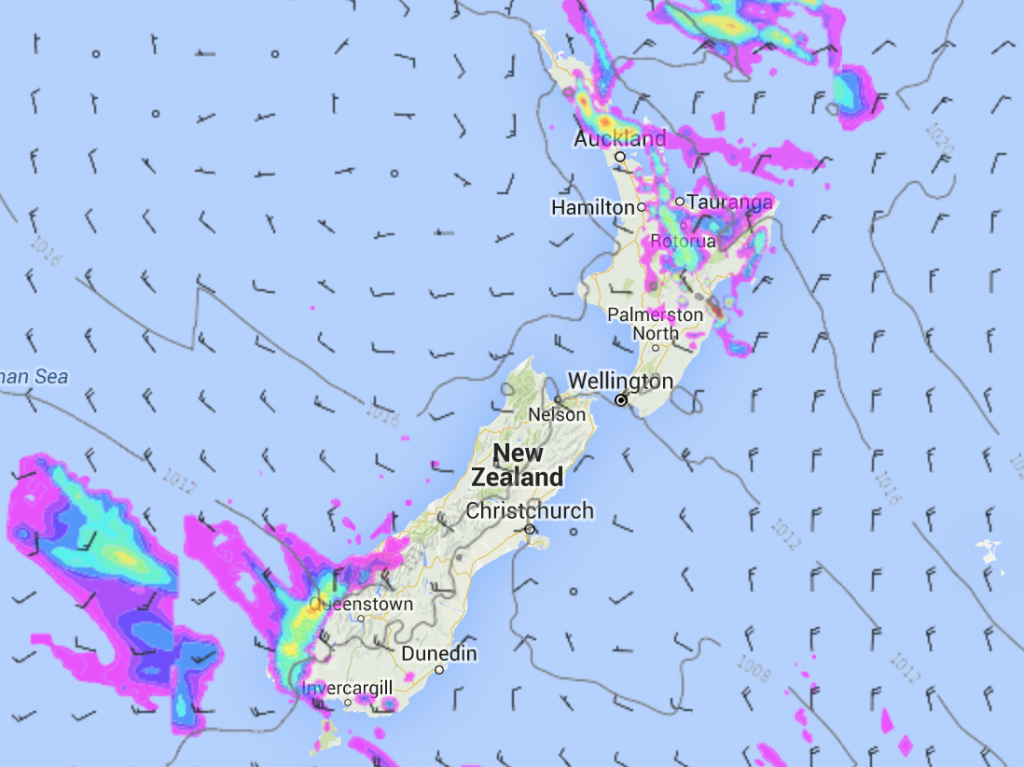 Areas of precipitation stays mainly to the northern and southern parts of New Zealand today, northern activity is associated with ex TC Ula while to the south this is caused by a front moving in from the southwest this evening.

Expect areas of rain or drizzle from Northland through to the Bay Of Plenty and Central North Island then easing later this evening. Only the odd shower or drizzle patch further south with Wellington staying mainly dry. The East Coast of the North Island is fairly dry also although a spot or two of rain may spread at times from the west.

The odd light shower possible for the West Coast of the South Island during today with rain moving into Fiordland late afternoon then becoming heavy this evening. Then we see areas of rain move into Southland then Otago during this evening on a southwest change.