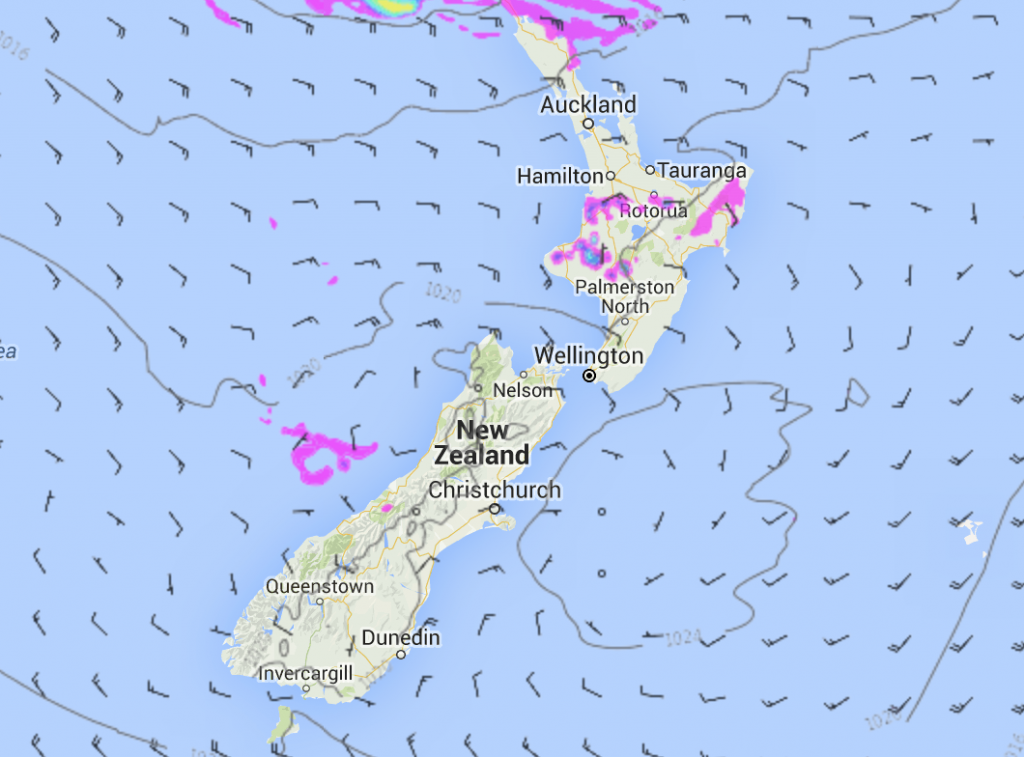 It’s a fairly dry day across New Zealand for New Years Eve 2015, not to say there may not be the chance of a shower or two for some but mainly dry overall.

Some parts of the Waikato, Taranaki and perhaps Central North Island could see a few isolated showers this afternoon due to some instability. If these showers form they may be quite hit and miss meaning many may well remain dry, but if one does form near or over you there could be a reasonable shower pass through for a time.

Northland sees the shower risk increase this evening mainly in the east then rain pushes in for most parts of Northland overnight with heavy falls possible by dawn on Friday. Auckland may see rain by dawn on Friday also.

How come your rain map isn’t showing any data for 2016?

I’m off camping from the 1st, and I need to be able to keep track of the rain coming down

We don’t own or run the maps, they are run by weathermap.co.nz. They will know there is an issue and will be working to correct it. As an alternative for now you could try this site:

Don’t worry about most of the functions on that page, just click on the time on the left hand side you want and there you go! These maps use the same GFS data that is displayed on the weathermap.co.nz maps.

Thanks very much and have good New Year

Morning Guys. Rain maps looking good for us in the north for much neded moisture. Providing the winds are not too severe, the farming folk should get some benifit to kick start the new year. Here just south of Waipu if no rain falls tonight, this will be the driest December I will have recorded at 30mm. We are also down some 400mm on last years total as well.

Your world wind map feature I also enjoy as it shows the news as it is happening. Extreme wind weather is clearly shown and when zoomed in is quite graphic.

Here’s hoping for a beneficial and safe New Year to you all at WW and thanks for the service and opportunity of commenting on New Zealander’s favourite subject.