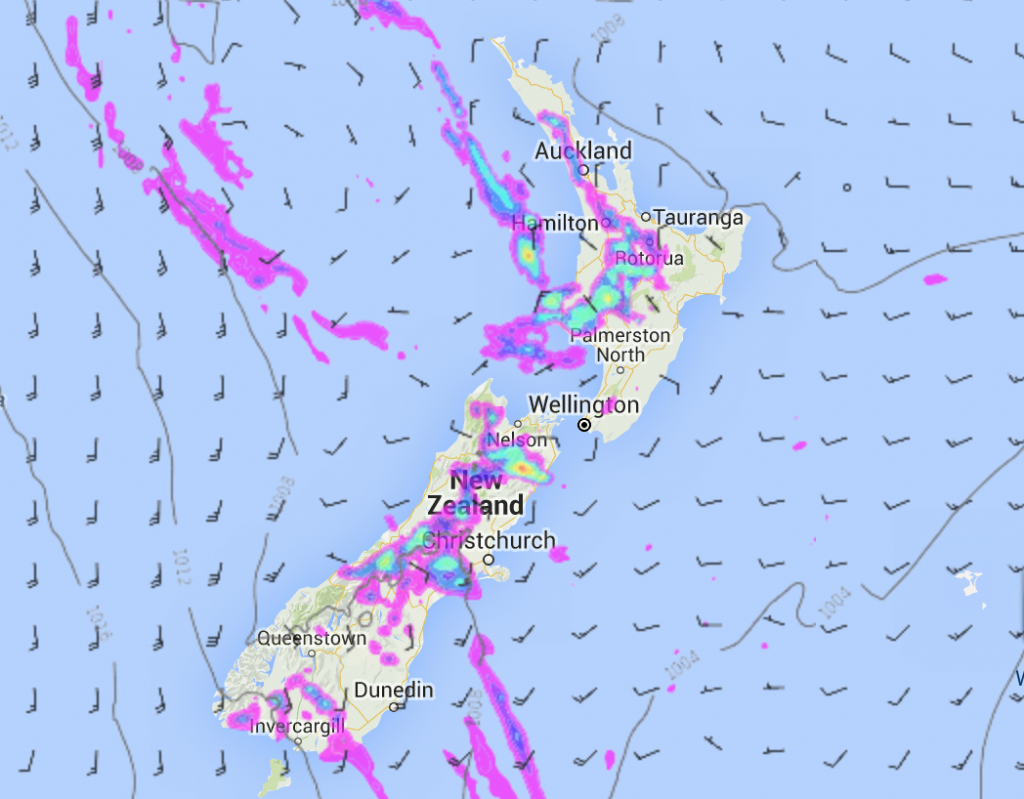 As mentioned in this morning’s weather outlook we are in for a few showers or potentially rain about some parts of the country today, luckily this clears up for the most part on Thursday for New Years Eve celebrations although Northland starts to get a taste of a new easterly system from evening. Anyway, on to today’s Rainwatch.

Expect patchy showers about Southland and Otago which mostly clear this evening, not a great deal of rain here but it will be welcome none the less. Canterbury sees shower activity move in around midday but may not reach parts of North Canterbury till evening. Showers activity is fairly patchy also however some inland areas mainly about South and Mid Canterbury could see some rain for a time. About inland parts of Nelson and Marlborough cloud builds in the afternoon which could result in a few heavy showers which would then ease this evening.

A few showers about South Westland clear this morning, otherwise fairly dry for areas right on the coast for much of the day. Not far inland about the alps showers push in during the afternoon then clearing later in the evening.

Showers move into western regions of the North Island by midday possibly becoming heavy in the afternoon with a thunderstorm or two then easing later in the day. Thunderstorms and the odd downpour if they occur are more likely about the Waikato, Taranaki, Central North Island and perhaps Bay Of Plenty. Due to the nature of these showers it could be a little hit and miss for some.

Mainly dry elsewhere for the North Island. A few showers may spread into the east coast (Gisborne through to Wairarapa) overnight.