RainWatch – Easter could be changeable 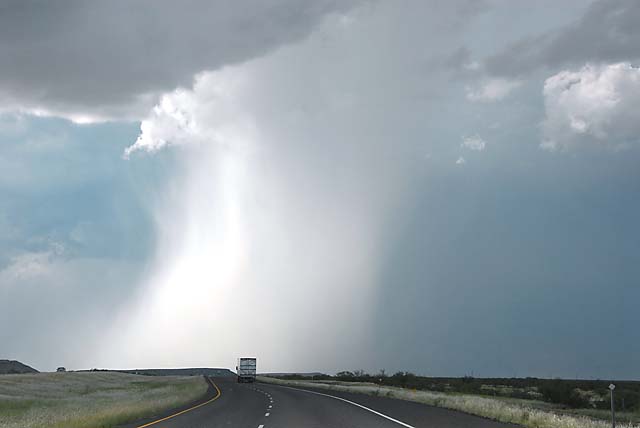 Not a lot has changed in the short term with the latest rain scenario this weekend but the long Easter weekend is seeing some noticeable developments.

The West Coast of the South Island is seeing the bulk of the rain this weekend with scattered falls moving across parts of Southland and possibly South and Central Otago.

A smattering of showers continue to trickle down over parts of the Gisborne region, the Coromandel and Northland in an east to southeast airstream.Showers fell over parts of Auckland overnight although it’s brighter this morning.

Gina said today..”Raining here today in Whangarei. Sadly we still need WAY more!!” and Dale said the West Coast was also dampish..”It’s been raining on and off all morning here in Greymouth.. and it has started again. Light but albeit, rain. Also quite chilly here, had to kick the fire over.”

Most other areas are seeing sunshine with just a few fluffy clouds in some cases.

Next week on the approach to Easter sees it start off for West Coasters a little soggy but showers or rain gradually ease throughout Tuesday and the chance of showers might inch its way further north but appears to lose much of its potency.

The Easter break now appears changeable and the latest information shows a belt of rain moving across the North Island on Easter Saturday and Sunday as a depression engulfs much of the country in the middle of the Easter period.

The South Island’s West Coast should also see falls but eastern areas might only receive a small amount, if anything at all.

Weatherwatch believes that in a couple of days time we’ll have a better understanding of exactly what the long weekend will offer as there’s a fair bit of inconsistency in the big picture.
At the moment we have 40% confidence that parts of the country will see a wet Easter weekend.

The first full week of April appears more unsettled across the North Island with showers from time to time however Mainlanders might not be quite so fortunate at this stage.

One thing we are more confident of is that the weather pattern is a lot more scrambled as April gets underway and the war that has been raged recentluy between highs and low pressures sees rain bearing systems edging out.