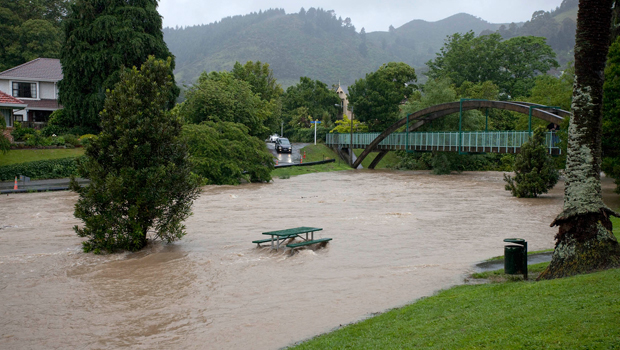 A month ago much of the country was gasping for rain and yet just few weeks on greener pastures and topped up water tanks have returned however not all areas have received big rainfall totals.

There are still pockets here and there over the North Island that need a further 50-100mm plus but they appear to be in the minority at this point.

Breaking it down and our largest city has been on the receiving end of 235mm which is a staggering figure considering the lack of rain over previous months.

Hamilton was also reaping the rewards with 5mm more than Auckland with 230mm recorded since the 15th of April.

Tauranga has seen more than 325mm fall which is a very impressive figure however more than half of that fell over a 24 hour period causing flooding in some parts of the city and the wider Bay of Plenty region.

Wellington has also seen high rainfall totals with a smidgen over 150mm measured inside the last month.

The South Island, with the exception of Nelson and Marlborough, hasn’t seen such generous amounts however Christchurch has still managed 81mm over the timeframe with Dunedin registering a healthy 123mm of rain.

Just to add Nelson city fell just a couple of millimetres shy of the 200 mark with nearby Richmond seeing in excess of 250mm.

“Some big rainmakers moved in during the last month and delivered the rain that so many areas needed” says weather analyst Richard Green ” One issue in a couple of instances was that there was too much all at once”.

Friday and the weekend ahead looks to be changeable and rather wet for a fair chunk of the country but hopefully no major totals will fall over a short period of time as we’ve seen recently.