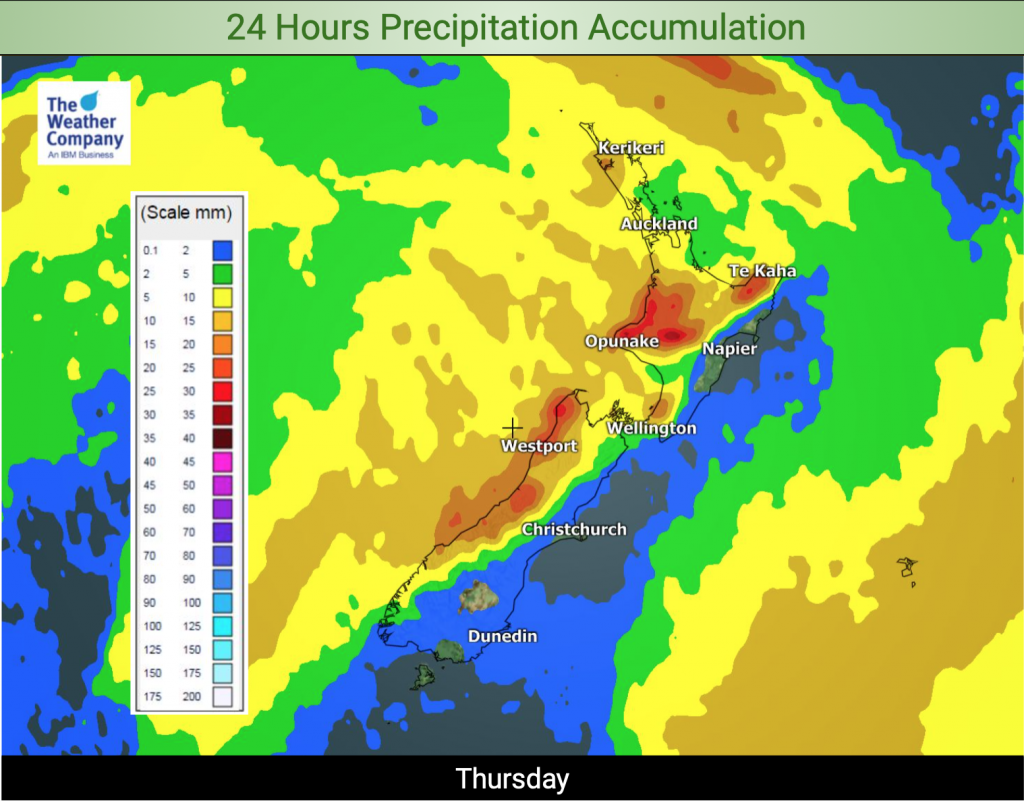 A fast moving front pushes in from the west today, dry to start about some western areas then rain or showers from afternoon including Nelson / Marlborough. A chance of heavy falls with thunder from afternoon about the western North Island then easing later in the day. The east coast of the North Island is mainly dry after early showers clear, Wairarapa can expect a few showers late afternoon / evening spreading from the west. A dry day for the east coast of the South Island although expect rain or showers about the Canterbury high country from late afternoon then spreading to the coast this evening.

On Friday expect showers in the west and mainly dry weather out east in a northwesterly airflow, a southwest change in the morning about Canterbury Banks Peninsula southwards may bring a few showers then clearing in the evening. Showers for the West Coast north of the Glaciers and about the western North Island may be heavy at times with thunder then easing in the evening.