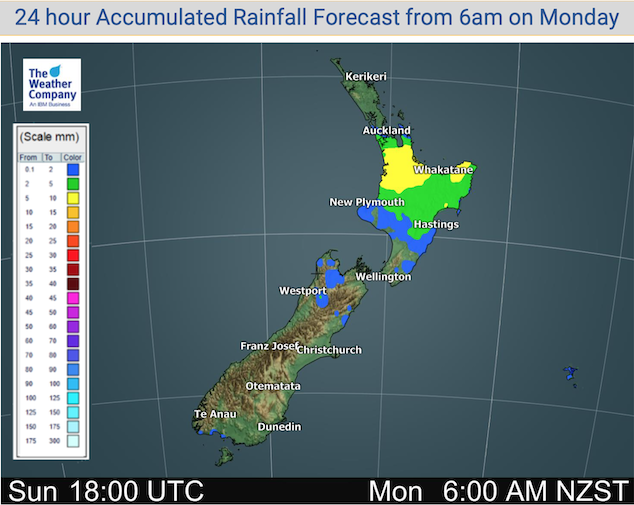 As in the title a cold front brings some rain to the North Island today south of about Auckland, rain / showers about southern parts of the North Island and the upper South Island clears this morning. Mainly dry elsewhere.

On Wednesday a cold front moves into the upper North Island from afternoon bringing rain. Drizzle or showers move into the South Islands east coast as southerlies freshen. Rain continues for parts of the North Island on Thursday, mainly dry further south apart from the odd shower or drizzle patch north of about Banks Peninsula. Rain or showers for northern and eastern parts of the country on Friday, similar yet again through the weekend.

The rain showing below for the West Coast of the South Island is from rain that fell on Sunday, the West Coast for the week ahead is looking quite dry.