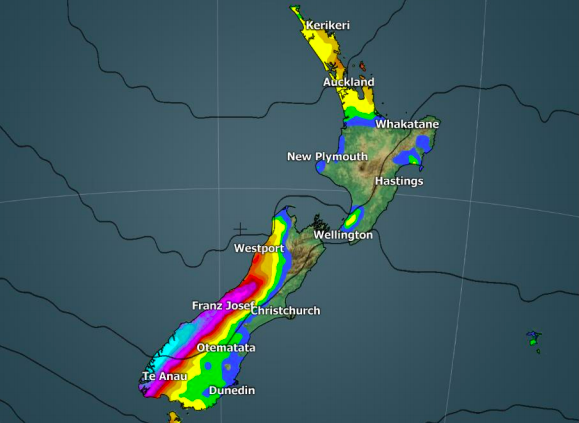 A low is this week going to basically bunny-hop over the upper North Island bringing some heavy rain potential to northern NZ tonight and on Tuesday but with more than 90% of the rain falling out at sea.

Rainfall totals over the next 24 hours, for the most part, will not be very much, anywhere from just a few millimetres to maybe 10mm. However there is the chance a heavy downpour will produce totals much higher (maybe a few to several times higher) thanks to a sub-tropical element to this rain band. This is only in very isolated spots and the bulk will be out at sea, but the risk is there for some very localised flooding in the upper North Island until Tuesday PM.

Once we get to mid to late week the westerlies return to New Zealand and become blustery for some as we head into this coming weekend (welcome to real spring!). This will push temperatures up in the east of both islands after a cooler spell recently. It will also bring rain back to the West Coast and that is where the bulk of the rain will fall this week and weekend. 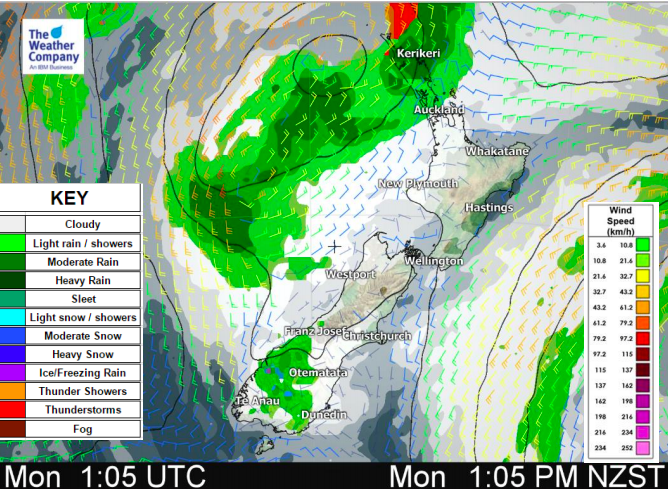 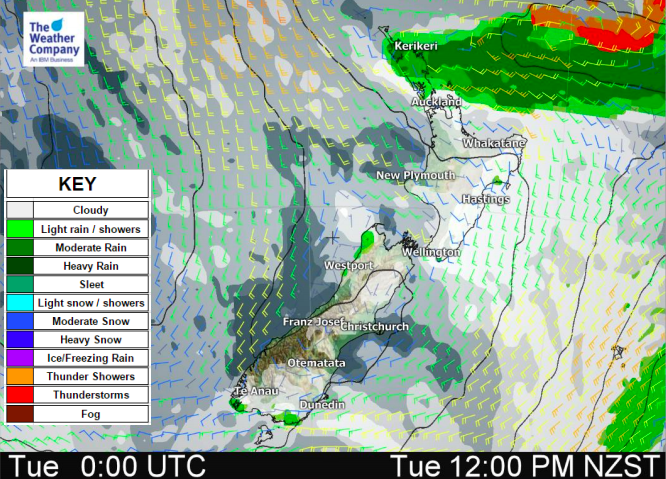 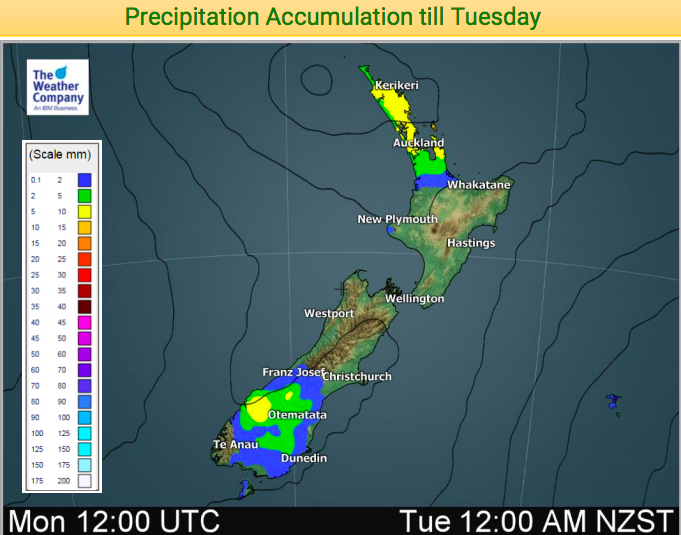 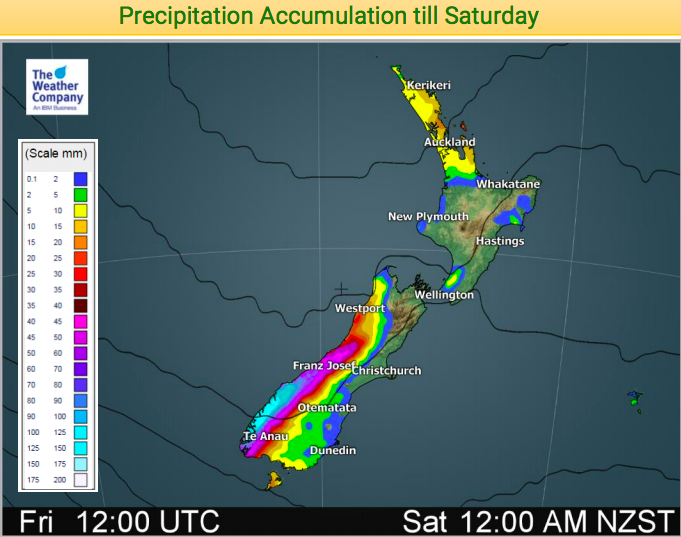