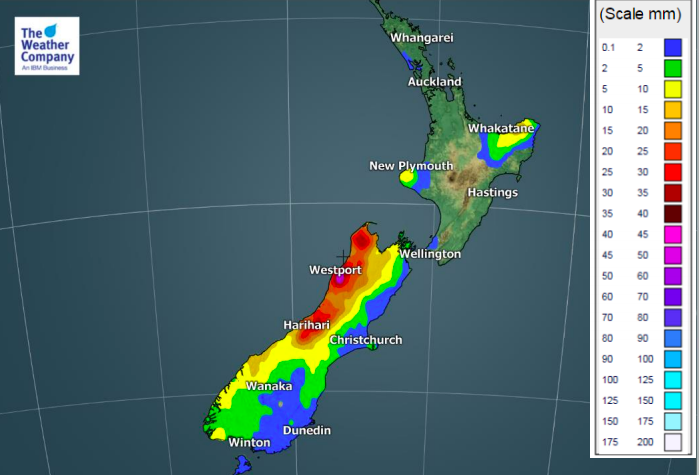 A small low is developing in the southern Tasman Sea and frontal rain will sweep the western side of the South Island today and into Thursday and then in to the North Island across Thursday evening and night.  Locally heavy rain is expected during the passage of the front on the West Coast and Tasman areas on Thursday afternoon.

The eastern side of the South Island will be fairly sunny and warm on Wednesday. The warmth will continue into Thursday but there will be increasing cloud cover and chances of light spits of rain in some parts.

The North Island will be mostly sunny until Thursday afternoon, some cloudy areas. Also some light showers are possible in Auckland, Coromandel Peninsula, Bay of Plenty and Gisborne on Wednesday daytime because of a stationary front on the western fringe of a large high pressure system parked well to the east of the entire country.

The cold front moving northward from the South Island on Thursday will sweep the North Island during Thursday night, bringing periods of showery rain. After passing through the North Island, the front may become stationary for a few days over the eastern North Island. If so, it will bring persistent rain and northeasterly winds to Gisborne and Hawkeâ€™s Bay and may tap into some sub-tropical nor’easters too.

Again today we see temperatures above average (in every region) and while some regions will cool down a bit in the days ahead the nights may still remain above average. 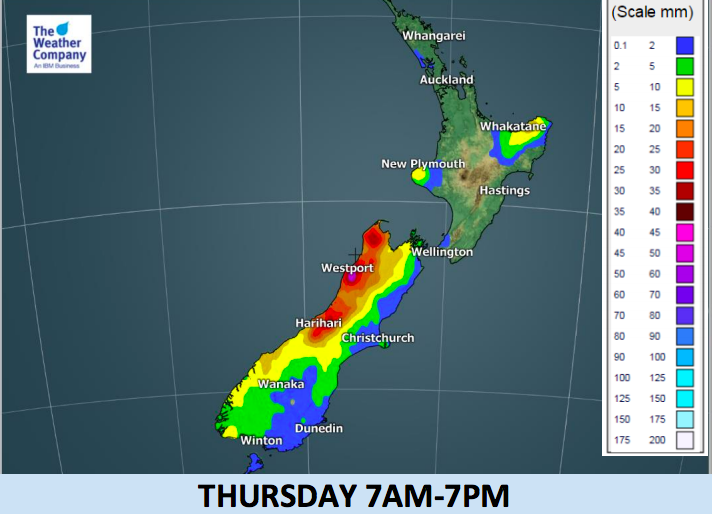 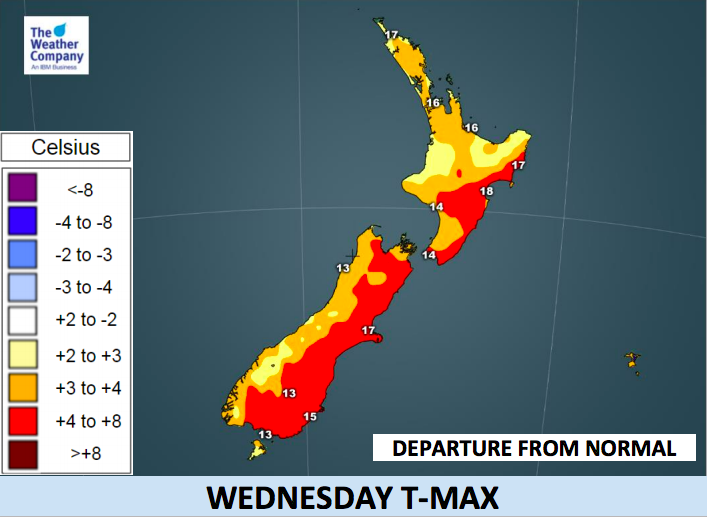