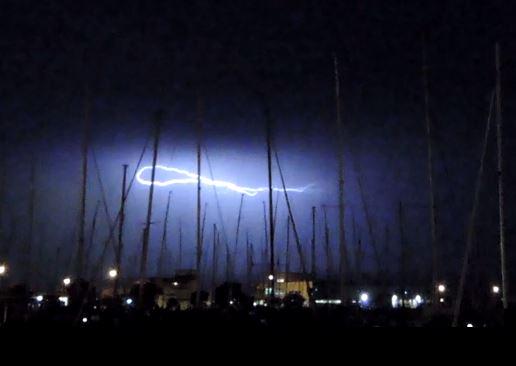 Wednesday will see some fairly unsettled weather around the country – though the fireworks we saw in much of the North Island on Tuesday probably won’t be repeated – despite the risk of thunderstorms remaining, especially in the late morning and into the afternoon.

Rainwise, we will see steady showers pushing onto eastern Otago, eastern Southland and perhaps even South Canterbury to an extent.
These have the potential to become heavy during the morning, before easing later this evening and then overnight.

Showers will push onto the west of the North Island from Taranaki through to Northland, and have the potential to be heavy at times.
These could come with thunderstorms too – more so from midday – before easing overnight.

Heavy snow looks like falling above 700m for Southland and Otago from late afternoon or early evening.
The snow level lowers overnight a little, but the rain will back off to just some occasional showers, meaning lower snow to about 300 or 400m should stay fairly light.

Southerlies pushing into Southland and coastal Otago will become strong by midday, strong winds tilt southwest then become more restricted to the Otago coast and then Canterbury coastline overnight.

For much of the day north to northwesterly winds will likely be brisk to strong, all the way from Taranaki across to East Cape northwards.
Western coastal areas will feel the full force of these winds, where it may gust to gale force at times.

The risk for thunderstorms look a bit lower than for Tuesday, but they could still crop up during the day from about late morning from Taranaki northwards in the west – right through to Northland.
The risk is only low to moderate in nature though – but there’s still a chance that conditions could produce one or two in isolation.