Rain & wind for west and south 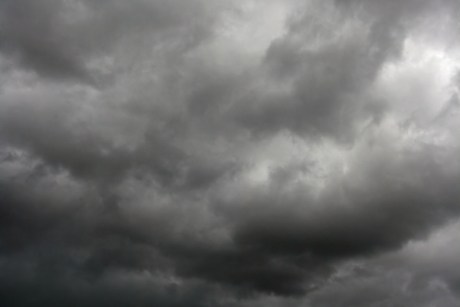 The weather certainly isn’t as extreme with what we saw coming out of the US yesterday however West Coasters have still got a lot of rain to deal with.

Nor’ westers are set to buffet parts of central and southern New Zealand today ahead of an incoming front before cold sou’ westers then blow through.
Winds could exceed 100kph over exposed inland areas of Otago and Canterbury during today however these could blow through fairly remote areas.
Dunedin has seen winds pick up this morning as has Christchurch and temperatures just on 20 degrees making it almost a record warm night for early June.

“These sorts of conditions resemble spring rather than early winter and it could be an indicator that some cold air is lurking just around the corner” says weather analyst Richard Green
“Today the rain out west will be heavy, if not torrential at times, about higher ground over the South Island.Falls will still be heavy at lower altitudes and some flooding could take place as a result”.

WeatherWatch believes northern and eastern areas of the North Island look to be the most settled today with temperatures mild in the sunshine as a nor’ wester picks up.

“Aucklanders should see more sun today than yesterday when cloud engulfed the city for much of the day and the same goes for Christchurch as high cloud with a distant nor’ west arch ruled the skies yesterday” says Mr Green.”The Garden city will probably see more high cloud with a few spots of rain here and there but also glimpses of sunshine are possible with warm nor’ westers at times”.

Data coming through suggests rain with some heavy falls could switch coasts over the South Island tomorrow as the southerly increases across eastern areas and affecting centres such as Christchurch, possibly Timaru and Kaikoura.

So nice to see the sun shining in Auckland at last.