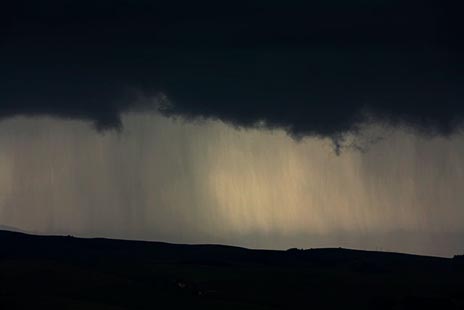 The current situation shows a belt of rain, with some heavy falls and isolated thunderstorms developing into a cluster just west of Taranaki.

A smattering of showers is crossing both Northland and Auckland regions with the odd heavy downpour. This is possibly going to become more widespread tonight.

Not a lot of action is occurring elsewhere at the moment however some showers are dotted here and there but mostly of a light nature.

Tonight could be more potent with some heavy falls developing across northern and western parts of the country.
Winds are also likely to wind up especially during squally outbursts.Some gusts could see twigs and branches snap with a risk of increasing further.

Nelson, Marlborough and Canterbury should see cloud thicken up this evening with rain settling in and the chance of heavy downpours across Nelson during the night.

The driest part of New Zealand is looking to be Fiordland over the next 12-24 hours but an easing of rain and showers is likely across the upper north of the North island overnight or in the morning.

Sunday appears very wet over much of the North Island as another low kicks into gear and the South Island might not see the same sort of pasting with just lighter falls across the southern half.
Monday could see a repeat performance.