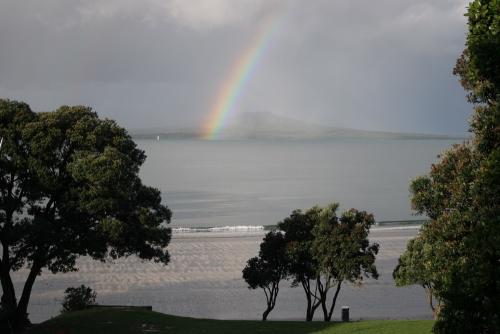 A developing low caught up in the new cooler south west flow is set to bring rain across the entire western side of the North Island overnight tonight – with the low lingering for days around the North Island.

The low is very weak but the rain could be heavy in places with even isolated thunder and hail as the colder air behind it sweeps in.

By Thursday afternoon the low will engulf a large portion of the North Island bringing rain or showers and plenty of cloud.

And if you have wind coming in from the north, don’t expect it to be warm like last week.

“Due to the shape of the incoming high over the South Island, and this low over the upper North Island, the air coming in over northern New Zealand is really being dragged out of the South Ocean” says head wetaher analyst Philip Duncan.

“The air will warm up a little on its way north but really Auckland and other northern centres will only be one or two degrees warmer than Invercargill during the day even if you have a nor’easter”.

The low won’t bring days of widespread rain for most, instead narrow bands of heavy rain are possible throughout various regions over the coming days, from Wellington to Northland – mostly affecting northern and eastern areas after tonight’s initial rain in western areas.

I think it should have read, one or two degrees warmer than most southern cities!