Home > News > Rain is Arriving Early in Parts of NZ...

Rain is Arriving Early in Parts of NZ 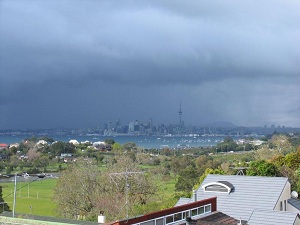 From Weather Analyst Howard Joseph — A little light rain is expected to overspread parts of the North Island this morning. A few South Island locales may also see some drops.

But this rain should be very hit and miss. Not everyone is going to see it, and those who do, won’t get very much.

Rain radar was indicating a few areas of light precipitation across parts of the Waikato on the North Island and northern Canterbury on the South Island. But again, it seems like much of this stuff is barely reaching the ground, let alone derailing outdoor plans.

So even though today may be starting off cloudy and rainy where you are, it doesn’t look like the day is going to be a washout. Keep a close eye on the weather though if you are in Dunedin or the rest of eastern Otago.

Tomorrow, is still looking pretty stormy across New Zealand. Those with outdoor plans should continue to monitor the forecasts very carefully.

Thank you both very much Derek and SW.  I really appreciate your kind words and your feedback.

Positive or negative feedback is the only way we can keep tailoring this site to fit the needs of our visitors.

Some rain was forecast for Invercargill this morning. No rain arrived, looking at the forecast for the rest of today I cant see there being any rain except for maybe a risk of an odd shower.

I think the majority of rain in the deep south will be on the southeastern side.  I’m still a bit concerned about the Dunedin area picking up a thunderstorm or two this afternoon or this evening.

However, I think you’re right.  The stuff this morning never made it to Invercargill and it looks like no widespread rain will be moving in until late tomorrow and early Friday.

I like the way you said "odd shower".  That exactly what you will see between now and then, if anything at all.