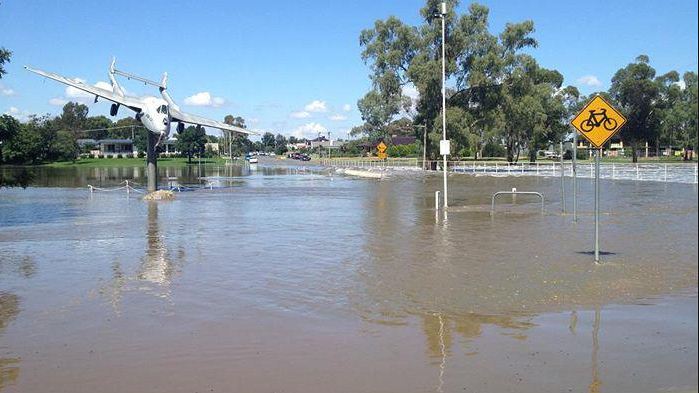 Earlier today rain was over the eastern coast of Australia, from Cairns right down to Sydney and it looked an impressive sight on the rain radar. Residents in those areas however are sick of the sight of it after consecutive weeks. there’s more rain in the forecast for some areas yet again this week.

Swollen rivers and surface water are big issues and something not new to the area this summer.

The heat factor is set to increase over South Australia this coming week and temperatures well into the thirties are set to reappear.
A new heatwave is forming and Adelaiade and surrounding areas might not see any respite until the middle of next week ahead of a cooler change.

A front arrived, delivered patchy showers at best today and then took off at speed leaving a number of dissatisfied customers.

A sprinkle is better than nothing but some areas remained totally without as clouds suggested they could contain more than just scotch mist.

“Here in Masterton we got 1, and by the size of it I would really only call it a “sh”. Not even enough to damp the dust. Things are extremely dry here now, with only 1 ‘decent’ lot of rain falling since beginning of December! Even the dams are shrinking fast. On the plus side, it’s made for a superb summer!!” said Kathryn on our Facebook page.

Lauren posted-“A few splats on the windscreen and then scorching heat..over it..rain needed urgently!! (one of the downsides of being on tankwater)”.

Tania in Lower Hutt wasn’t impressed with the effort “none in lower hutt …. on Tuesday a month since we have had rain….the water storage is getting low very quickly might get interesting if we do not have rain soon…. check out www.gwc.govt.nz . we only have one storage lake atm”.

Rachel prepared herself for the day..”a little rain in Pukekohe this morning. Put 3 buckets out hoping to get enough to water all of my plants, but I got maybe 1cups worth of water. Was a nice cool bit of releif from the heat we’ve had this summer though.”

We believe most of the showers are behind us this week however eastern and southern exposed parts could see a few as a couple of weak fronts flick by.