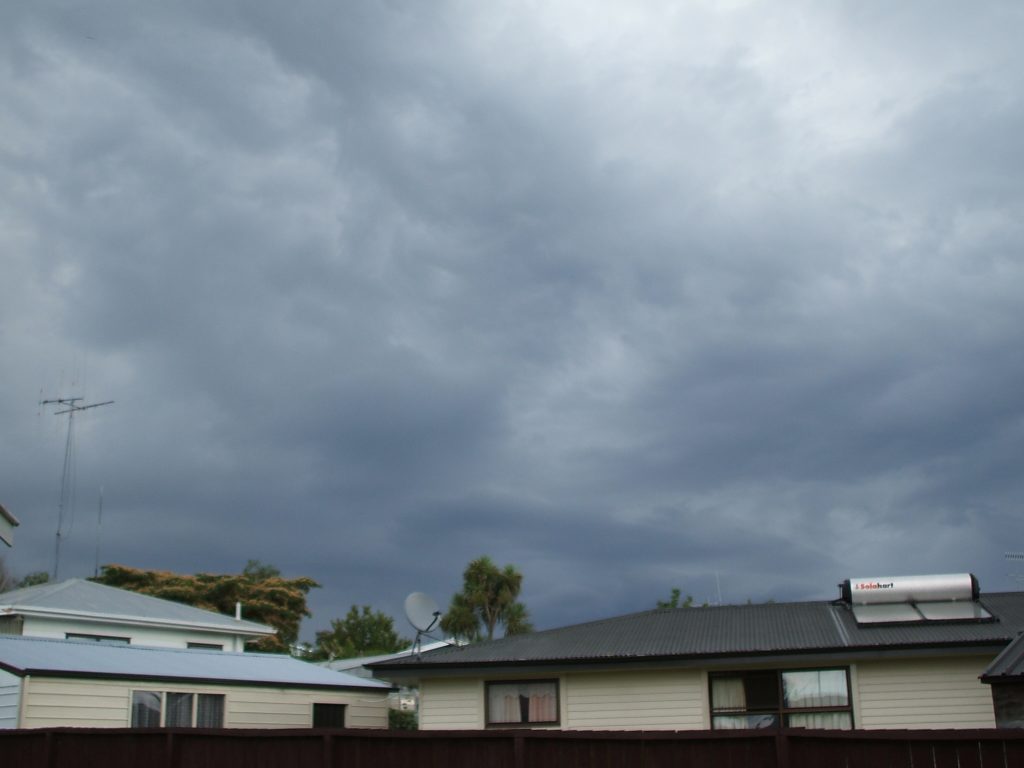 Rain clouds are starting to gather north and west of New Zealand head of a developing sub-tropical low and rain band out in the Tasman.  The frontal systems are expected to join up bringing rain, heavy at times, to northern parts of the North Island and western regions of the South Island between Thursday and Friday in the south and Friday and Saturday in the north.

The computer models used by WeatherWatch.co.nz are chopping and changing every 12 hours indicating the system isn’t organised and the computers are also having trouble picking what is exactly happening.

Either way the models are consistent with picking a couple of lows that are going to move across or near New Zealand bringing unsettled weather this weekend.  Because the lows will travel on both the western and eastern coastlines it appears all regions should get some rain or shower activity.

Temperatures will be up at night too with daytime highs remaining steady.

Weather conditions as of 11:30am

Murky in Palmerston north – odd patch of blue – Still – no breeze – no birds singing either.. strange. What will it be in the Manawatu over weekend WW? and do I spot another storm getting to rear it head at the bottom of Australia?