Rain bands move up the country 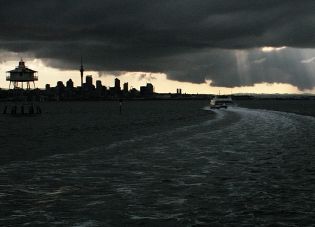 At least three cold fronts will today bring rain to various parts of the country but a mostly dry weekend is still on the cards.

WeatherWatch.co.nz says the first front is approaching western and northern areas of the North Island today and will bring showers and perhaps some patchy rain into the afternoon.  Rainfall totals are not expected to be high for most areas.

This afternoon a small cold front will move up the South Island’s West Coast according to weather charts by the government forecaster with another front arriving in Southland later today followed by a cool south to south west wind.

Those showers will also move into Dunedin later this afternoon or evening and into Christchurch overnight.

On Saturday morning a few lingering showers are likely in both islands but dry weather is expected to dominate both Saturday and Sunday.

A large high in the southern Tasman Sea will also push into the South Island bringing a settled spell into early next week, while the North Island is affected by a developing low in the northern Tasman Sea.