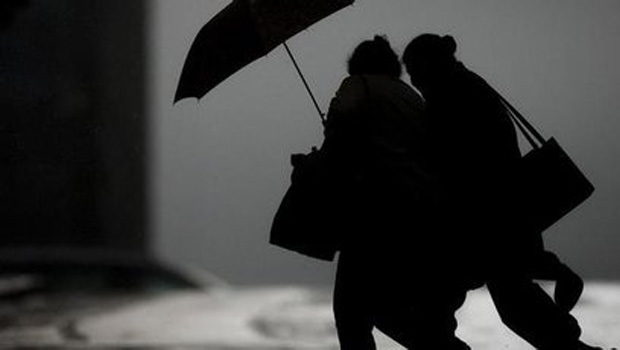 The first of the rain from the sub-tropical low arrived overnight and moved across Northland and now over parts of Auckland this morning.These are the outer bands of rain moving in from the system and are expected to slowly thicken up.

Falls are varying from light to moderate however aren’t fully persistent at this stage.The rain is likely to become more widespread this morning and will slowly move south throughout the day.

Some action is also taking place over the far south and is hanging about today and also a part of tomorrow.

Government Forecaster MetService have warnings in place for the southwest of the South Island due to a frontal system not budging much at all.

A soaking could take place over parts of Southland such as Invercargill and Manapouri plus Balclutha in South Otago but totals shouldn’t hit 100mm by lunchtime tomorrow.Parts of Southern Fiordland could top out at 200mm though but across remote areas.
It all depends on exactly where the front becomes stationary over the area where the heaviest downpours willtake place.
Rain has moved in near Foveaux Strait and coastal Southland during the night and early this morning.

These sorts of numbers though that have been issued aren’t expected from the low swooping in from the north but still reasonable falls are likely. The latest data shows that it could hang across the country a little longer than what was previously suggested.

Much of the North Island should be in amongst some falls by tonight or overnight and then spread across to northern areas of the South Island during Tuesday.
Severe weather watches are in place today for Northland, Auckland, Coromandel, Waikato, Bay of Plenty, Rotorua and Nelson.
Exposed areas across these regions could see brief heavy rain at times and also windy conditions up to gale force.
The Nelson region could see heavy rain tomorrow settle in with a northerly picking up.

Humidity levels have picked up over the last tweleve hours across the north and overnight lows were certainly warm. As of 6am tauranga was 19 degrees, Whangarei 18 and Auckland 17 and tonight seems even warmer with minimums barely dropping below 20 degrees for Auckland city in amongst damp conditions.

Dunedin is also mild this morning with 16 degrees with winds rather warm ahead of the stalling front to the south ofthe city.

“Here we are finally with rain at either end of the country” says weather analyst Richard Green” and now it’s just a matter of time for the northern low to spread across northern and central regions as the one in the deep south isn’t really going anywhere in a hurry”.

WeatherWatch believes the next smaller low at the end of the week and into the weekend should also see moderate rainfall totals but is looking decidely more patchy and not as long lasting.

Cold air from behind the front associated with it is likely to be the main feature and kicks in during the weekend over southern and eastern areas of the South Island.

100mm for Invercargill? Pretty sure the warning was SW of a line from Invercargill to Manapouri…

No It won’t hit 100mm for Invercargill which is why we wrote shouldn’t in the article.

Going to be a wet day though for the city it seems with some heavy falls not ruled out.

And that warning has just been lifted – not surprised going by the rain radar images up to 10.30am.