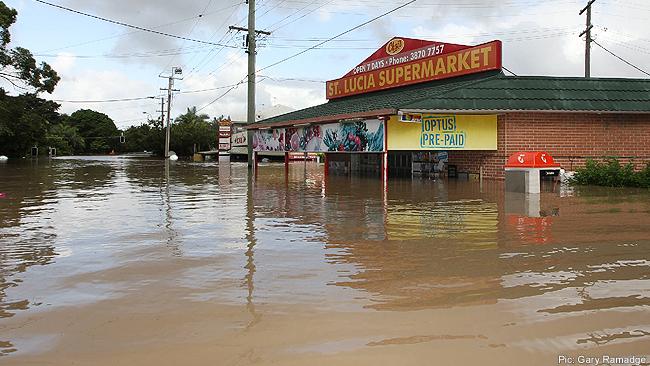 Businesses affected by the floods near Gladstone in central Queensland in January say they have yet to start on the recovery process due to a shortage of local tradespeople.

“The water went came up so high that the boats ended up in the tops of trees, where the branches smashed all the windows in and bent the bloody railings and everything else,” he said.

“Where it ended up it is just unbelievable – our office just went completely.

“There was about … nine inches of aerial sticking out.”

Six months on, he says the repair job is yet to start.

“The people that can normally come out … they’re too busy doing the big stuff,” he said.

Gladstone Chamber of Commerce president Rick Hansen says it is the downside of the gas boom.

“There’s a lot of pressure for local businesses to compete with the wages offered at the gas projects,” he said.

Construction firm Bechtel hires more than 150 workers a week for the Gladstone project.