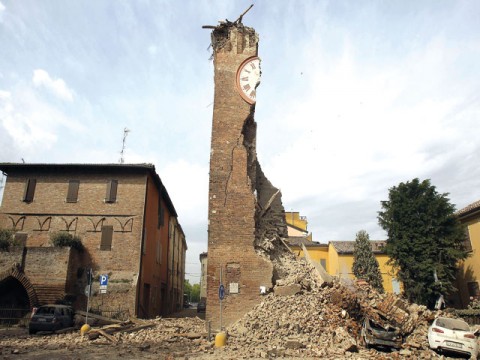 Six Italian scientists and an ex-government official have been sentenced to six years in prison over the 2009 deadly earthquake in L’Aquila.

A regional court found them guilty of multiple manslaughter.

Prosecutors said the defendants gave a falsely reassuring statement before the quake, while the defence maintained there was no way to predict major quakes.

The 6.3 magnitude quake devastated the city and killed 309 people.

Many smaller tremors had rattled the area in the months before the quake that destroyed much of the historic centre.

It took Judge Marco Billi slightly more than four hours to reach the verdict in the trial, which had begun in September 2011.

Lawyers have said that they will appeal against the sentence. As convictions are not definitive until after at least one level of appeal in Italy, it is unlikely any of the defendants will immediately face prison.

In New Zealand our geologists also give warnings however are cautious in regards to the likelihood of major quakes.With the Canterbury quakes a monthly update is released and the information is conveyed through percentages of different sized tremors possible.