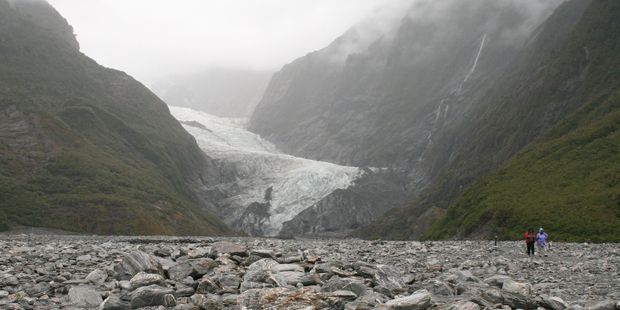 A state-of-the-art laboratory near Franz Josef Glacier is being packed up after an ambitious drilling operation came to a premature end before scientists could bore through the high-risk Alpine Fault.

However, the researchers overseeing the multinational effort say the work has already delivered crucial insights into what is potentially New Zealand’s biggest earthquake threat.

Drilling, which began last year, came to a halt last month after equipment became damaged at a depth of 893m – about 400m shy of the target depth and probably 100m-200m away from the fault itself.

More than 60 Kiwi and international researchers and specialists have been based at the site at Whataroa, where monitoring equipment was supposed to be inserted into the fault so small earthquakes, temperature, pressure and chemical conditions could be studied.

The project, involving more than 120 scientists altogether, is one of the first attempts to probe the inside of a major fault before it ruptures, with the aim of revealing the chemical and physical changes occurring at various depths inside the fault zone.

Despite the setback, Otago University geologist Dr Virginia Toy said the drilling had already gathered a mass of invaluable data and samples.

Her colleagues had been surprised at the temperatures of rock and fluid far below ground which had reached 80C by a depth of about 500m.

It was expected that at the borehole base the scientists had tried unsuccessfully to reach – 1.3km down – the temperature could be about 190C.

This temperature is considered fundamental in rock mechanics, as such high temperatures exist in the lower half of the Earth’s brittle crust where important earthquake processes occur.

Further down, at 8-10km below the Southern Alps, earthquakes stop occurring because rock at that depth no longer fractures.

Dr Toy said it was hoped the lessons learned in the drilling would allow the team to reach their target depths the next time around.

Further drilling could perhaps take place at a second borehole at the same location, she said, but she did not see this happening until at least next year.

The team were also intrigued to find among the rock samples an abundant amount of graphite – a slippery mineral which could play a role in the strength of the fault.

But the early end to the drilling had left some key questions unanswered, including whether there are major changes in fluid pressure across the fault, and how the rock sequence changed very close to the fault.

Dr Toy said the facility set up near the banks of the Whataroa River had been “world class”.

It had included a mass spectrometer and gas chromatograph used to provide continuous measurements of gas chemistry.

It also boasted a core scanner that produces high-resolution images of core samples, and a facility to make microscopic slides of the rock gathered within only a few hours of its recovery from far below.

She hoped it could eventually be replicated into a mobile hub that could be shifted between future drill sites.

Along with further drilling at Whataroa, Dr Toy believed an ideal location would be south of Haast, at the southern end of the Alpine Fault, where geological conditions were comparable with parts of California’s San Andreas Fault.

“If there’s anywhere that’s got potential to have a big influence on our seismic hazard predictions, I think the behaviour of that southern section of fault does.”

â€¢ Is the on-land boundary between the Pacific and Australian tectonic plates.

â€¢ It moves about 27m horizontally every 1000 years, in three or four separate large ruptures.

â€¢ Scientists have evidence that it has ruptured 24 times in the past 8000 years, with the average interval period about 330 years.

â€¢ According to GNS Science, this rupture would produce “one of the biggest earthquakes since European settlement of New Zealand” with “a major impact on the lives of many people”.