Q&A with climate scientist – how is earth’s biology changing? 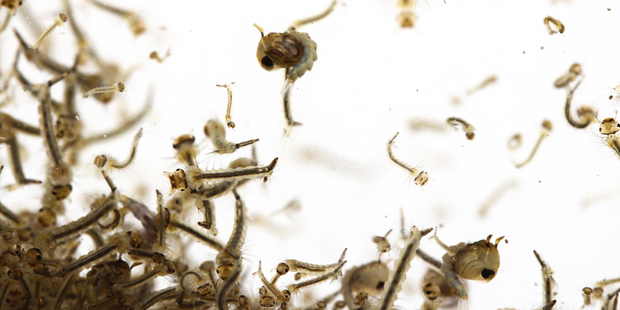 Professor Nils Christian Stenseth is a global authority on pandemics and climate change.

His research interests span a broad spectrum of ecological and evolutionary topics, most of which are rooted in population biology, with specific work looking at pest control, harvesting, bio-economics and epidemiology.

Some of his best-known work, in Kazakhstan, looked at whether a hypothetical re-emergence of human plague could have a climate component.

Professor Stenseth will be in New Zealand next week to attend international science summits, and as part of World Science Week will also give a public talk at the University of Auckland next Friday evening. He answers a few quick questions from Herald.

Tell us a little about yourself and your international roles in science.

I’m an evolutionary biologist, a professor of ecology and evolution, having worked on a broad spectrum of systems, terrestrial and aquatic.

I’m chair of Nordic Centre for Research on Marine Ecosystems and Resources under Climate Change (NorMER); president of the Norwegian Academy of Science and Letters; president of the International Biological Union; and a member of the Scientific Council of The European Research Council (ERC); Professor of Ecology and Evolution at Department of Biosciences at the University of Oslo; and chair of the Centre for Ecological and Evolutionary Synthesis (CEES).

CEES is a multidiciplinary unit with more than 150 people working. Above all we are aiming at better linking ecological thinking and evolutionary thinking.

Can you give a taste of what you’ll be speaking about in Auckland next Friday evening?

I’ll be speaking about pandemics and climate, focusing on my work on plague and climate.

The topic of my lecture should be of interest to a broad spectrum of people.

First, our work helps us understand the dynamics Black Death: we have shown that there is a clear climatic link between climate variation in the past and the pandemics.

Second, although there is no reason to expect a new Black Death, we will most likely observe an increased number of individuals having been infected by plague bacterium.

For instance in Central Asia, an increase of 1C will double the incidence of plague victims.

Regarding pandemic and climate change – how young is research on the link between these factors?

There is quite a bit of work on epidemics and climate showing that climate variation does affect the dynamics of epidemics – sometimes the observed climate change increase and sometimes it decreased the epidemics.

The study of climate and plague is rather young – I guess we started it some 10 years ago.

I’m sure there will be much more work on this topic in the coming years.

Can you tell me a little about the work you carried out in Kazakhstan?

Our work on plague started in Kazakhstan analysing surveillance data from the Soviet Union period.

The dynamics in Kazakhstan is to a large extent controlled by spring temperature and summer precipitation: the warmer and wetter, the better for the plague.

The main host in Kazakhstan is gerbils – but in other parts of the world other species are the main hosts – and these host species respond differently to climate change.

It is very much our thinking and the approach taken in Kazakhstan that is of general interest.

What other areas of biology have you explored in the context of climate change?

I’ve been working on the link between lemming cycles and climate – showing that it is the winter conditions that are a main determinant of the regular cycles seen in lemmings.

I’ve also worked much on how climate variation is affecting the ecological dynamics of cod in Northern Atlantic.

Is the pandemic component of climate change something that is overshadowed by predictions of extreme weather, sea level rise, or food security?

I wouldn’t say so: the link to disease is only one of many effects of climate change.

Generally, how is climate change projected to impact your own country?

I’d say that the most important effect of climate change in my country is that we will – and indeed are – experiencing more extreme weather.

On your meetings in New Zealand – is there anything you’d specifically like to achieve or learn when here?

I’m very much looking forward to the New Zealand meeting where I will have the chance of discussing with colleagues from all around the world the conditions for basic science, and how politicians and decision maker take on board advice from scientists.

Melting Ice, Rising Sea: The impact melting ice caps can have on sea level rise, and how it could affect our coast. AUT University, Art and Design School Building, 7pm, Tuesday, August 26.

From the Big Bang to Tomorrow: Astronomical observations are revealing echoes of the Big Bang, providing clues about the future of our planet. University of Auckland, AMRF Auditorium, 7pm, Wednesday, August 27.

Pandemics and Climate Change: Climate change can have a significant impact on the incidence and severity of pandemics in the future. With Professor Nils Stenseth, one of the world’s foremost experts on climate change. University of Auckland, AMRF Auditorium, 7pm, Friday, August 29.

Future Food for the Planet: The soil literally feeds the world, but is itself being depleted. Food security is essential at a time of climatic change. Sir Paul Reeves Building, AUT University, Saturday, August 30.