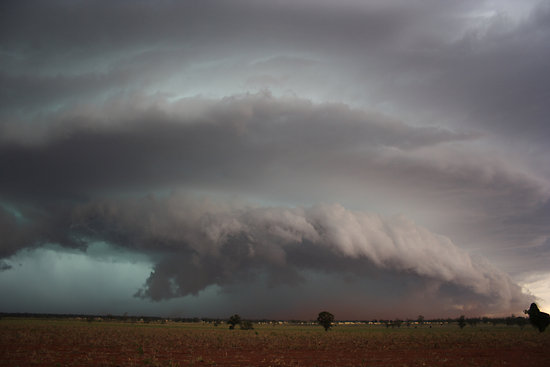 From time to time questions pop up that take a little longer to answer. Here’s an excellent question from Tim Christie…

A couple of summers ago we had a storm that caused quite a bit of damage. It looked like a tornado had gone though, but the local rag called it a micro burst. I am having trouble finding more information on this type of storm.

Reply: There are different terms for these events such as a downdraught or downburst but the term Microburst was first defined by a University of Chicago storm researcher Dr Ted Fujita (who also developed the Fujita Tornado Damage Scale).
In 1981, after extensive research on damaging thunderstorm winds, Dr. Fujita coined the term to describe one type of damaging wind under thunderstorm conditions. The microburst is a downburst which is confined to a small area, less than 4 km in diameter from the initial point of downdraft impact. An intense microburst can result in damaging winds near 270 kph.

Downbursts occur in regions of a severe thunderstorm where the air is accelerated downward by exceptionally strong evaporative cooling occurs (a dry downburst) or by very heavy rain which drags dry air down with it (a wet downburst). When the rapidly descending air strikes the ground, it spreads outward in all directions in a circle, like a fast running tap hitting the bottom ofthe kitchen sink

Dr. Fujita has defined downbursts as a surface wind in excess of 62 kph caused by a small-scale downdraft from the base of a convective cloud. He further subdivided downbursts into two categories macrobursts and microbursts.

Often, damage associated with a downburst is mistaken for a tornado, particularly directly under the downburst.
In New Zealand sometimes they’ve also been labelled a mini-tornado. However, damage patterns away from the impact area are characteristic of straight-line winds rather than the twisted pattern of tornado damage.

Microbursts can be a particular threat to aircraft because they can force the aircraft rapidly to the ground or push either the tail or nose of the aircraft downward, causing the pilot to lose control. But not only are microbursts a hazard to aircraft, they can overturn boats, cars and all types of vehicles or flare up a bush or forest fire quickly into an inferno.