Power ‘almost back for all’ – Vector 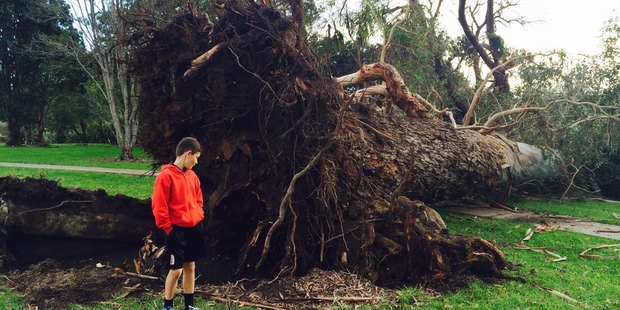 Almost all of Auckland now has its power back on, after what providers are calling the worst storm since 1975.

Vector spokesperson Sandy Hodge says Auckland’s mainly taken care of, but around 1000 homes remain without power on their northern network.

“With very heavy rain, combined with three bursts of heavy wind over already sodden ground, so what that meant was that very damp vegetation striking lines, it meant trees coming down, it meant poles coming down.”

Powerco said most of the damage has been caused by trees falling across lines, and extra field crews have been brought on board to help with affected areas.

Vector said several spans of lines were damaged by debris during the storm, complicating restoration efforts.

Customers are advised to stay away from fallen powerlines and to contact their electricity retailers to report faults and to find out restoration times.

Torrential downpours across the eastern North Island saw some areas receive more than 200mm in the past 24 hours, with the wet weather set to continue.

Weather warnings are still in force for Hawke’s Bay, Gisborne and the Bay of Plenty, after the storm which tore through the upper North Island earlier this week moved eastwards

The heavy rain caused slips which closed some roads in the area, including State Highway 29 at the Kaimai Range, which is blocked by mud and vegetation to a depth of about 1.5 metres.

Rainfall in the ranges hit 143mm in the last 24 hours, Government statistics showed.

But the highest recorded rainfall was in the Gisborne ranges, where some areas topped 200mm.