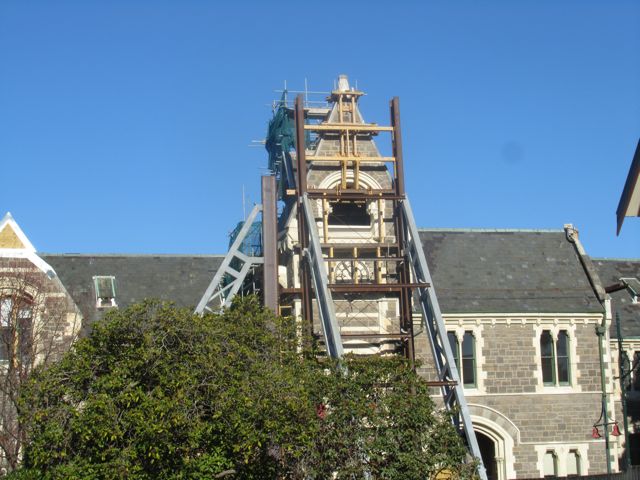 It’s 12 months since the first earthquake struck the Canterbury region and a number of locals have commented on  weather patterns since last September.

Some observations between the September and February shakes were how clear the air was and warm and sunny days were commonplace especially up until Christmas last year.

Since February the weather has been more changeable however winter overall was relatively sunny with just a couple of snowy intervals. Temperatures have swung wildly at times on more than one occasion over the last month and freakish rises have been experienced.Snow falling on one day with a high of 2 degrees was followed by 18 degrees the next day and that is just one example.
It’s been 12 month period of varied conditions below and above ground.

Just prior to the signficant earthquakes last September and February earlier this year, a few residents had noticed unusual cloud formations and sensed an event may be on the horizon.
One Mum of 2 near Darfield in inland Canterbury had a very strong sense on the Thursday night before last Septembers earthquake that a big shake was coming and purchased emergency supplies and distributed to them to all of her extended family the following day.
They were all extremely grateful juat a day later.

Is it possible that people can be just as sensitive or aware of an upcoming natural event as some are thought to be in the animal kingdom?

Whatever your thoughts are, it’s one year ago today since Canterbury began a long seismic event and on average inside the last 12 months, 21 shakes have occurred every day.
Most people don’t have to endure such an event in their lifetime and most Cantabrians are remaining remarkably resilient.
We’re all hoping the next 12 months are significantly less eventful.