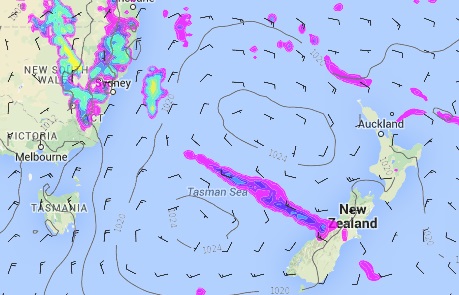 Today’s weather risks are isolated but could be troubling for parts of the country – particularly the Central North Island.

Inland Bay of Plenty, Gisborne and the Hawkes Bay ranges, as well as southern Waikato will most likely see showers in the late afternoon and into the evening, though they will be isolated.
These could turn heavy and even thundery at times, but heavy downpours will be something to keep an eye out for.

In the upper South Island, particularly inland parts, more isolated showers are possible, but they aren’t looking too severe, so nothing too much to worry about.